Shawn Mendes and Camila Cabello looked intimate at an NBA game at Staples Center on Monday in Los Angeles. The ‘Senõrita’ singers shared more than a few kisses courtside at the Los Angeles Clippers Vs Toronto Reapers game.

Both singers seemed to be more interested in each other than the game happening in front of them.

While Camila wore a loose black sweater with a ragged hem with a high cut on one side paired with a set of white slacks with frayed hems and a pair of white heels, Shawn was seen in a classy golden brown suede jacket, which he wore over a white graphic T-Shirt. The singer paired it with slim black jeans and black Cuban heel boots. 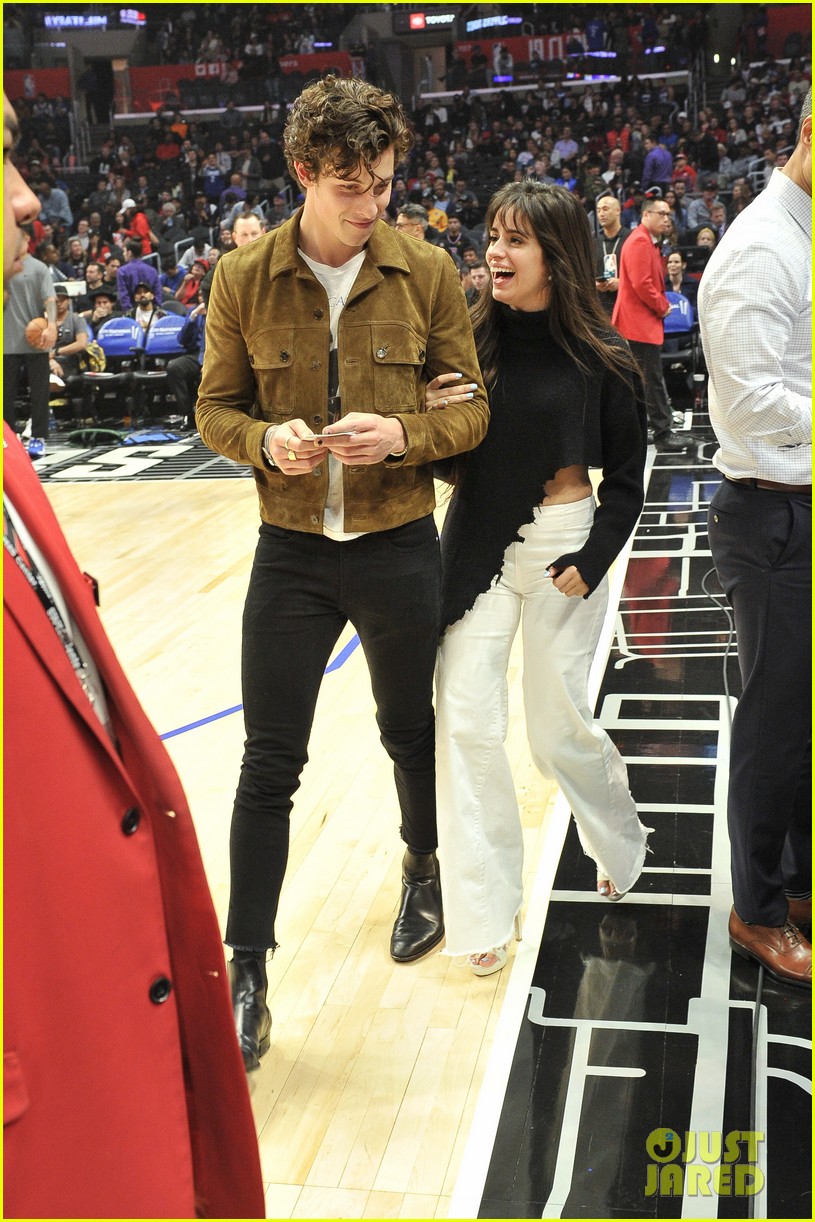 Both singers talk about their relationship very openly and aren’t hiding, physically or verbally, their love for each other.

Cabello spoke last month about becoming a couple and her initial fears in doing so. “It’s almost scarier because you have more to lose,” she said. “When you first start dating a person, and you know nothing about them, there’s less at risk there. I think when you fall in love with somebody you’ve known for a long time, there’s more at stake.”

“But it also feels more special because it feels like the love story you see in the movies of people who have known each other for a long time but been too stupid to realise it or say it, and then it happens—and that’s beautiful too,” she added.

Let’s accept it. We love seeing them together!