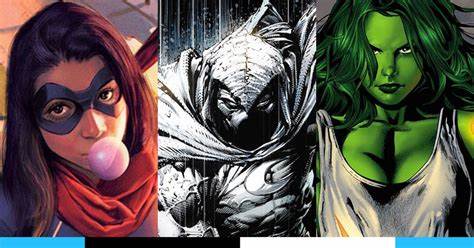 Now officials are giving a Christmas gift to Marvel fans as Marvel’s chief creative officer Kevin Fiege has assured their fans that some new characters are going to join MCU movies. Ms. Marvel, She-Hulk and Moon Knight had appeared on the TV screen on Disney Plus channel, but now they are going to enter the big screen. 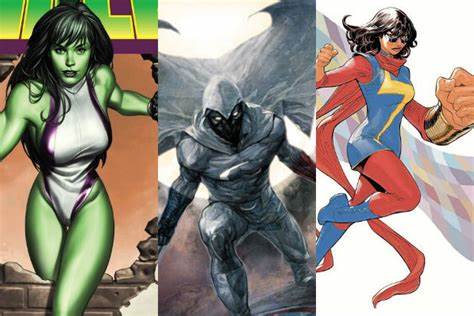 Marvel’s chief creative officer Kevin Fiege, has introduced these characters as the future of Marvel’s Cinematic Universe movies. In the future, we can see these characters as holding the flag of MCU. He did not announce any date for the premieres, but he assured us that soon, these projects would come in action. Marvel had ten blasting years for their cinematic universe as they gave a long series of hit movies.

Marvel has many female characters, but Captain Marvel was the first movie with a female lead role. Marvel has Black Widow, and Scarlet Johansson played this role in a very badass manner. We have Wasp, which entered in MCU with Ant-Man and The Wasp movie. Fans gave too much love to Wasp Character. Scarlet Witch, Gamora, and Mentis are amazing female characters of MCU.

End of an Era

A ten years long journey has ended, with which some characters have also died. Robert Downey Jr.’s Iron Man killed during the fight with Thanos army, and Cris Evans Captain America has grown old. Black Widow had also killed. So we can consider that new recruitment will happen for the future Avengers.

Marvel with Disney Plus

Some of Marvel’s characters are popular with their animated tv series. Disney Plus premiered these TV Series where some aspects got a debut. Ms. Marvel, She-Hulk and Moon Knight are very much famous. A significant era has ended in MCU, so doors are open for some new characters. Marvel needs some new characters.