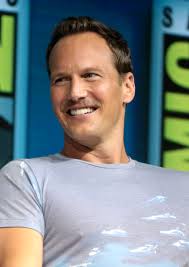 Patrick Wilson, the actor of the Watchmen film of 2009, recently revealed that he is a big fan of the new HBO series. A Hollywood Reporter spoke with the famous actor Wilson about his new film, midway, and the talk turned to HBO’s Watchmen series.

The actor said, ” I’m loving it; I have seen every episode.” He later added, ” of course, I was curious because I had such reverence and love not only for the graphic novel and film, the experience of making the movie.”

Wilson played the character of a Nite Owl in Zach Snyder’s cinematic adaption of the famous graphic novel. According to the lore of the series, the Note Owl was arrested during the 90s.

We know that the Tulsa police acquired the same technology of Nite owl, but it is still to be revealed how they received it. Though Wilson won’t be playing his role of Nite Owl role in Watchmen, we will be seeing him in Aquaman 2 as the evil Ocean master, though it is still not clear what his arc would be after his defeat in the first film.