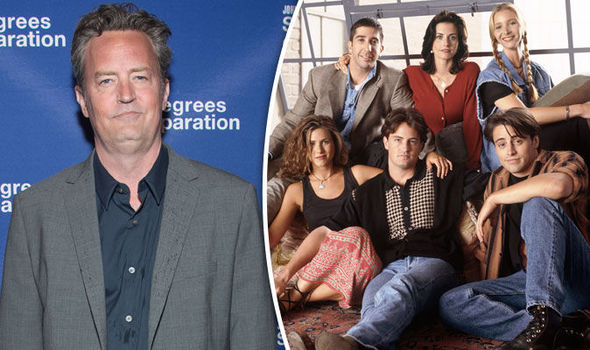 Story of the most popular series “Friends”

Friends are one of best Tv series which have been popular widely around the globe and because it got added up into widely popular and mostly used streaming service by people Netflix the series tend get more popular and led to addiction and craving for more episodes.

The final episode of Friends came in May 2004 and over 52.5 million audiences viewed the series in the US alone!!!

It was created by David Crane and Marta Kauffman.

It’s been over 15 years after the completion of Friends and fans of the series still are hoping that something new will be coming soon and they are hoping for a piece of good news about the series.

Leaks and updates about the Series.

So as per leaks from a Hollywood reporter that all of six characters in Friends series along with the creators of the series David and Marta are in touch for eventing an Unscripted Reunion special for the fans which are been expected to be aired in Streaming service like HBO Max.

As the long-running sitcom will be moving from Netflix to HBO Max for all of the launches which is dated for next year which can become the biggest draw for a streamer, all though HBO Max also comes with series like Gossip girl and adventurous times, Green Lantern-Centric Series from Arrow-verse.

Is Reunion going to happen?

Asp per reports Courtney Cox, Lisa Kudrow, Matt Leblanc, David Schwimmer and Matthew Perry would be taking up the roles and appearing for the “Unscripted reunion special”. The project is in the developmental stage so we can’t say that this might be happening for 100% for sure.

Some of the cast members have agreed and for reunion even except only one cast member who is Matthew Perry who took the role for appearing as the character called “Chandler Bing” in the series.

The reason that Perry isn’t really wanted a Reunion is because at recent he is having an ongoing battle with prescription and alcoholism and for now he said to focus on his health.

“I have this recurring nightmare, I’m not kidding. When I’m asleep, I have this nightmare that we give a new start and do Friends again, and then in a sudden nobody cares. We just complete the new whole series, we come back together again, and nobody cares about it. So if anybody asks me, I’m going to say no. The thing is: We ended on such a high. We can’t beat it. Why would we go and do it again?”