November 12th, 2018, this is the date, the world lost one of the greatest comic writers.

Can you believe Stan Lee passed away at his age of 95? No, we can’t. But this is true. He just not left with soul, along with it, he took most of the entertainment source from the earth. So as a part of the first anniversary, Marvel posted a great tribute to the great legend.

The tribute by the Marvel is a cartoon which accompanied by all the superheroes or super creations made by San Lee. In that cartoon, Stan Lee is present at the center. This scene is like, many characters, entertain us today, are from a great legend. We can’t get another person like him because Legends are born once in a hundred years. Can anyone think of superpowers associated with super characters? It is only possible with one great man who has imagination power, Stan Lee.

Captain America, Iron Man, Hulk, Spiderman, and many more characters, which made the film industry, not only in Hollywood, has fans all over the world. There is a caption with a portrait which made Marvel fans fall into emotion:
“Remembering Stan ‘The Man’ Lee: his legacy will live on in the Marvel Universe and the hearts of Marvel fans everywhere.” 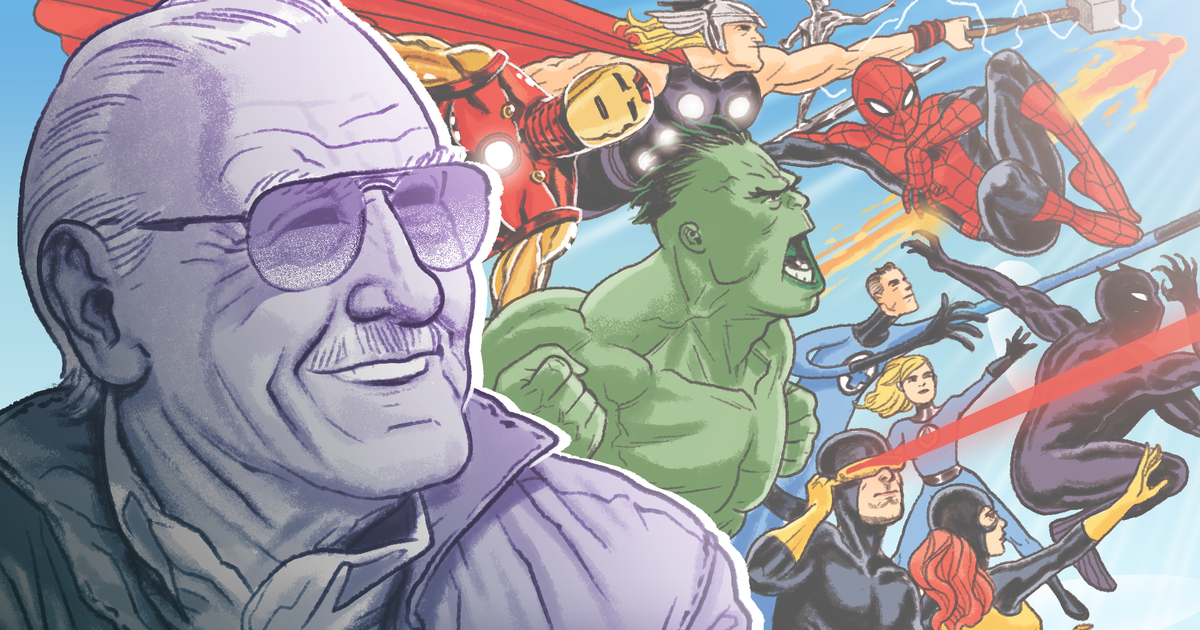 Stan Lee is still alive with his creations:

Even though Stan Lee left this world, he is always with us. He is with us in his creations. Can we leave his creations? Captain America, Iron Man, Hulk, Spiderman, and many more, can we forget them? No, we can’t.

Avengers: Endgame, made a revolution in the film industry and made unbeatable records. Lee’s characters, all at once integrated into Avengers: Endgame brought an all-time blockbuster. Thanks to the legend, Stan Lee, who made creations. Not only Marvel fans, anyone who views your creations, will never forget you, sir.