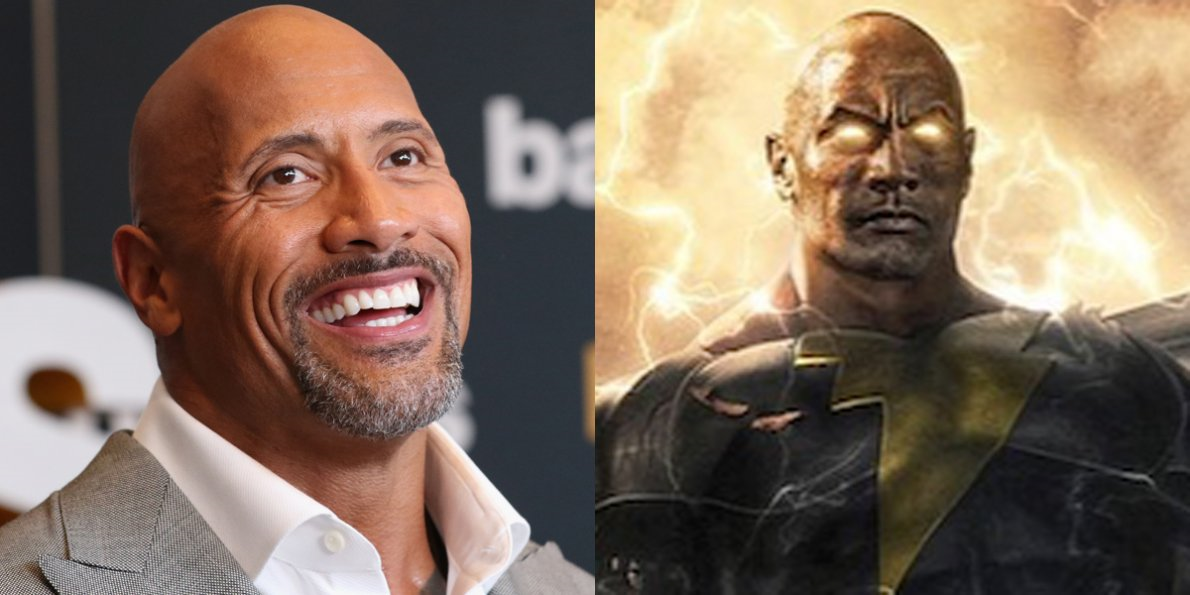 Actor Dwayne Johnson recently took to his Instagram account to give his fans a #MajorFanGoals by posting the first look of BLACK ADAM! Go check out fast if you haven’t yet.

the wheels are now finally beginning to turn on the pic, with Jaume Collett-Serra set to direct and shooting looking to get underway next year.

Why are we still holding the anticipation?

Yes. Recently, Rock told us that it was his childhood dream to become a superhero (SUPERMAN PARTICULARLY)with all peculiar powers which he would lighten up for saving lives. But his perception completely changed when he turned 10. He realized that both the characters were in contrast. Unlike Superman, he is too rebellious and rambunctious furthermore. Too resistant to convention the authority. He said that it was overwhelming to be a part of the iconic #DCUniverse and as a man was a dream come true moment.

IN REEL: One thing which is common is that Black Adam is blessed with the powers equal to Superman. IN REAL: the entity that was common was that Dwayne was a kid with a good heart too like Superman.

THE DIFFERENCE -IT’S EITHER HIGH WAY OR MY WAY

Yes, you guessed that right! A major difference between Superman and James Blake is that James doesn’t toe the mark or walk the line as said by Rocky but not coky “Dwayne Johnson”.

“He’s a rebellious, one of a kind superhero, who’ll always do what’s right for the people – but he does it his way. Truth and justice – the BLACK ADAM way. This role is unlike any other I’ve ever played in my career and I’m grateful to the bone we’ll all go on this journey together”. Said Johnson.