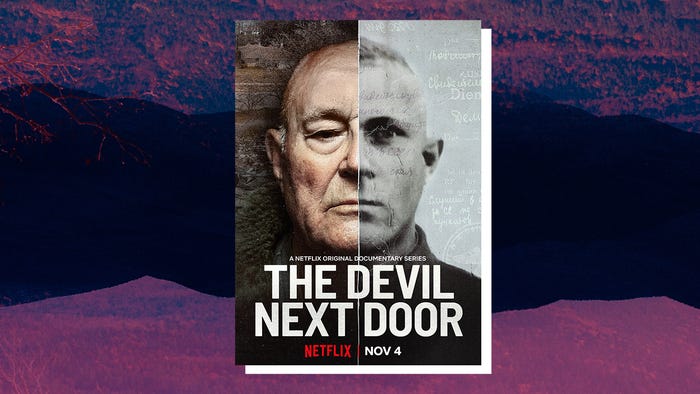 Netflix’s crime drama, ‘The Devil Next Door,’ is an exclusive fiction, based on real events. The story is based on the factual incident, which came to an end a decade ago. The crew of the “Wild Wild Country” produced it excitingly.

The drama begins in the 1980s, Cleveland, Ohio. The twist in the upcoming sequel, can make you think, whether it depicts a true story or not? It also entails a horrific view of the Holocaust, terrible genocide of jews, in between 1945.

It all started around the 1980s in Cleveland, Ohio. A group accused a retired Ukrainian-American automotive worker, John Demjanjuk, of holocaust survivors. The older man was a father of three, and grandfather of ten. He got wrongly engage in the matter of being a cruel Nazi death camp guard. He got a title tag of ‘Ivan The Terrible.’ But the culprit was ‘Ivan Marchenko.’ Later, extradited to Israel to face a trial of felonies done on humanity.

However,  in an Israeli court around 1988, he was misjudged as ‘Ivan Marchenko.’ The older man got indicted with all the crimes of Ivan. The court decides to sentence him to death. Afterward, a few later, some evidence reveals the truth.

In 1993, the court overturned the previous observations and made the truth clear. As a result, evidence clarifies that John Demjanjuk was not Ivan Marchenko.  In 2011, he was charged as an assistant to kill for the passing of more than 28,000 Jews. He was condemned to five years in jail even though he propelled an appeal in court. Demjanjuk dies in 2012, at 91.

It’s
All About Reviews

The crime thriller is great fun. Reviews of the viewers, express that they enjoyed the twists and turns. The spectators also appreciate exceptionally high work done on the part of the production team.  The graphics, background music, the drama truly made a feeling of empathy in the viewer’s heart, toward the innocent. The sequel grabbed the attention of viewers to an optimum level and got appreciated as well.