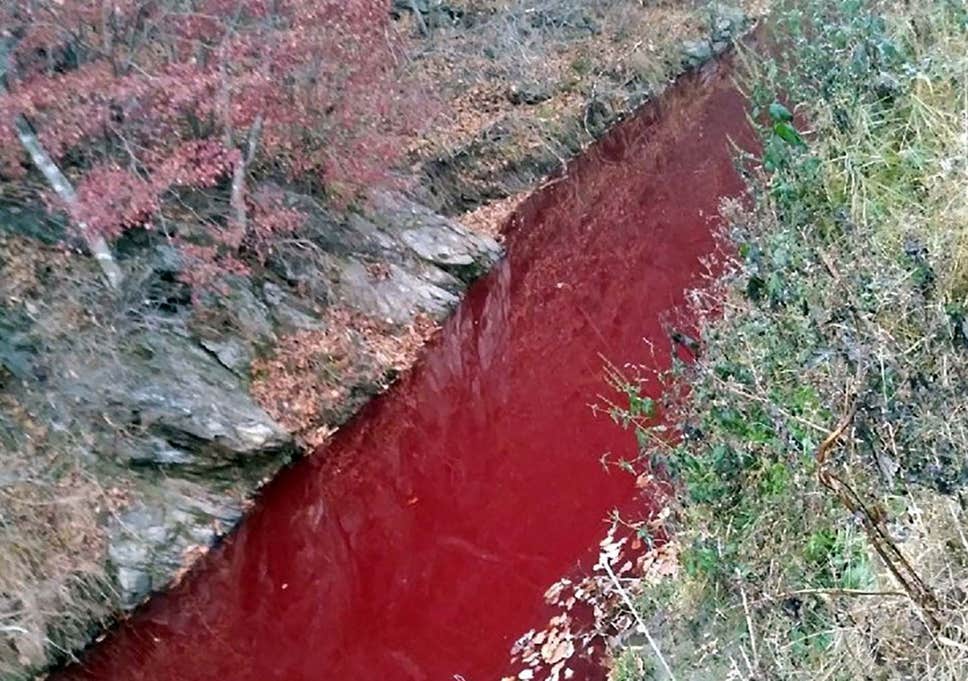 How would it be to wake up to see a river in red flowing in front of your house? That is precisely what the people of South Korea witnessed. A river of blood flowing down the stream. The river passes near the North Korean border. Hence the residents that lived near the border woke up to see a massive bright red river flow.

The first occurrence of such a scene was at the beginning of this year. North Korea shared its first incident about the swine fever infected pigs after this virus had hopped to the China border. Ever since August 2018, China has been trying to escape from this virus.

The major outbreak occurred when the Imjin River carried the colors of crimson red. Blood of nearly 47,000 pigs had been swept by the rains and into the river, causing this terrorizing scene.

The African swine does not harm humans, yet it is deadly for the pigs. In addition to that, if no antidote or vaccine is provided, the only way to get over it is through mass culls. The big country, China houses over half of the world’s domestic pigs. And it has already slaughtered over 1 million of them. Whereas in Vietnam, mass culls have reached 5 million.

Even though South Korea has managed to keep the virus from crossing its border, it was until this September, that they didn’t succeed. News broke out when the officials noticed a feral hog passing the demilitarized zone and making its way into the South. The infection broke out, causing nearly 400,000 pigs to be killed from spreading it further.

Forty-seven thousand pigs were killed this week, a number so high that the plastic carcass containers weren’t enough. Piles were made, and the blood flowed out and swept through the rain. Even if not prevented,  the river would be contaminated. This river was a source of freshwater.

Officials hurry to stop the flow and established dikes. They used pumps, as well. Therefore, on Wednesday, the South Korean officials experimented with the sample of water. They could not find traces of the virus. They succeeded.