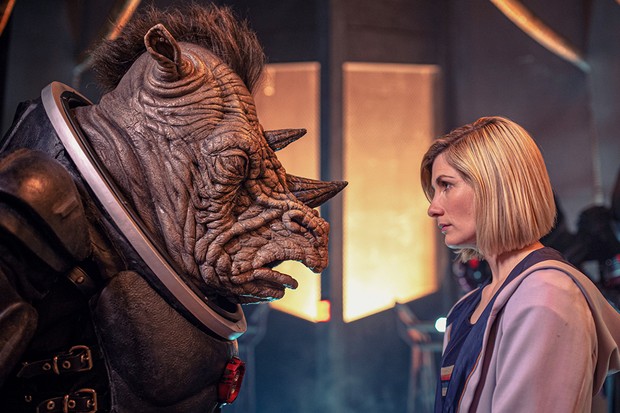 The Doctor is trying to decipher some hidden messages through aliens. That’s the plot of the decade long Doctor Who. And it’s coming back with the 12 seasons in 2020. With Chris Chibnall directing, the show is in the last production stage.

Season 11 showed Bradley Walsh as Graham O’Brien. The character made the viewer’s heart warm with joy. Now the thirteenth doctor is none other than Jodie Whittaker returning to the show. The show does have a fresh look on sci-fi with a female lead.

In a recent interview with Bradley Walsh, he gave an idea to the show. He said – “I’ve got to say, be prepared for the monsters. Because some monsters will absolutely make your hair curl. There’s a couple of monsters that they’ve come up with that are absolutely terrifying – and I mean terrifying.”

The idea gives us that it’s going to be terrific. The show has no shortage of scary villains. It already has ‘The Ood,’ ‘Silence,’ ‘Beast,’ ‘The Waters of Mars,’ and many more to show. The new addition is just going to add more ‘shine’ into the show’s lore.

On asking about Graham O’Brien’s character development in the show, he said – “Graham’s journey, considering he is a bus driver from Sheffield, is the most extraordinary, life-changing thing he has ever, ever, ever done. It’s just… it’s really difficult to put into words how someone from a normal environment would react to stuff like this.”

It’s already making the viewers anticipate the upcoming season of the show. With Chibnall has been writing the Season 12 in his room. This thing only adds more creeps to the monster’s thought. This upcoming show has already fans re-running the previous seasons not to miss any single detail in the show. The season 12 would be out in early 2020.