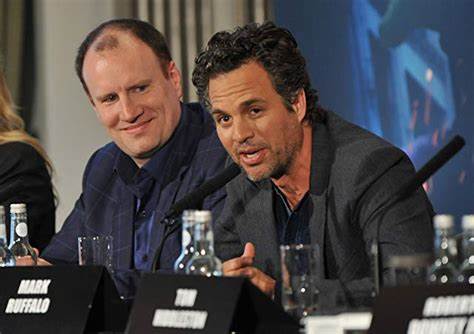 Avengers star Mark Ruffalo has been a part of the Marvel Universe family since 2012. He has been playing the character of Bruce Wanner/ The Incredible Hulk by replacing Edward Norton since then.

Recently, Mark Ruffalo arrived on a chat show named  Late Show with Stephen Colbert for promoting his new film Dark Waters. There he seemed quite excited to discuss his future in Marvel Universe as Hulk with Marvel Studios president Kevin Feige.

In that show, he shared a small discussion he had with Kevin about this. He said. “I don’t know. I do know that I did give Kevin Feige the Blockbuster Award at the Hollywood Film Awards the other day, to a smattering of applause. And he did say, ‘Hey, do you think there’s any more story left here?’ And I said, ‘I could probably come up with a few storylines.’ And he said, ‘Maybe you should come in, and we’ll have a talk.’ You heard it here.”

Ruffalo’s journey with the Marvel Universe has been exceptional over the years. He won the audience’s heart at first go after his first film The Incredible Hulk, with the Marvel Universe, got released. After that, his fans badly craved for a standalone of Hulk movie starring Mark Ruffalo. But, it seems that Marvel Studios do not have any near future planning about it. But it would be great if Kevin announces the character’s return shortly soon.