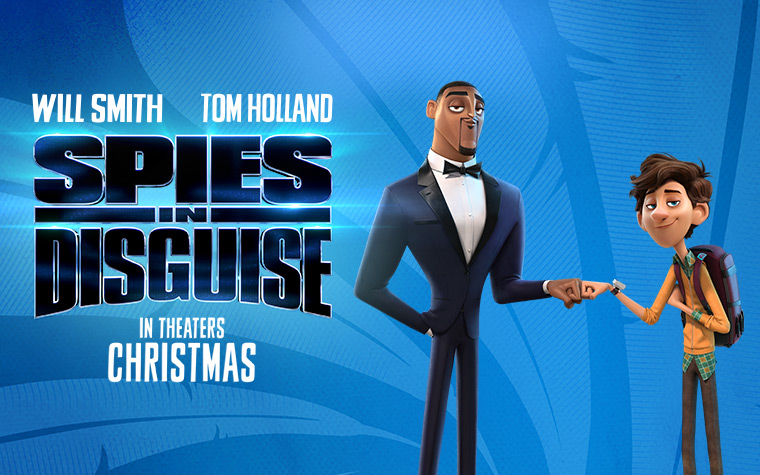 When will Spy in Disguise release?

We’ve never heard of a more catchy and apt title for an exciting movie that is coming to the cinemas. Will Smith and Tom Holland are coming to theatres with their new film, Spies in Disguise. And the word is, it’s going to be a thriller with significant twists. Here is everything you need to know about this.

Well, first of all, it’s going to be an animated movie. The film will see Will Smith return to animation after 15 long years. His last role was in Shark Tale. He played Oscar in the film.

Like we already said, Will Smith and Tom Holland are teaming up. Smith plays the role of Lance Sterling while Holland plays Walter Beckett. Sterling is a super spy while Beckett is a young tech expert who is a bit awkward. Other prominent actors in the movie include Rashida Jones, Ben Mendelsohn, Karen Gillan, Rachel Brosnahan, and others. Rashida Jones plays an agent who is pursuing Sterling on a mission. Ben Mendelsohn plays the villain, Tristan McCord.

Well, we don’t know a whole lot, but the first trailer did spark some significant discussion. It saw Lance Sterling transform into a pigeon. Yes, you read that, right!. And we have to admit it is pretty funny. The abrupt transformation seems to be a result of some experiments by Walter Beckett.

Besides that, the film looks spectacular with a fascinating plot. Sterling is a James Bond type with a lot of cool gadgets at his disposal. There’s a car that turns invisible, for example. The trailer looks fantastic, and we can’t wait to watch the movie.