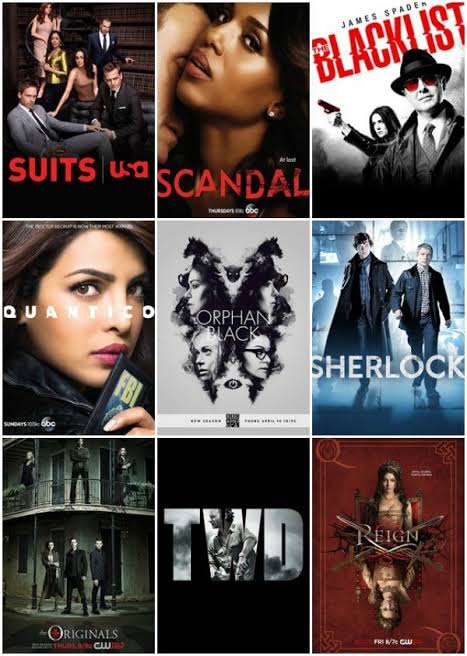 Netflix has offered its audience a library of top notch series.

Stranger Things is undeniably one of the most popular series on Netflix.
The lavish drama “The Crown” is another Netflix original series worth mentioning.

But you are not limited to their original series, in fact Netflix  takes care of our all time favorite TV series like Sherlock, Doctor Who, Friends and many others.

Unbelievable
Critically acclaimed , this series is the mind boggling potrayal of rape.The outstanding performance from Toni Collette and many others is worth the watch.

The Politician
This new comedy drama marks Ryan Murphy’s Netflix debut. It revolves around a rich kid Payton Hobart. He is adopted by a rich family and is a student at St. Sebastian High School in Santa Barbara, California. Since childhood he had this dream of becoming the President of the United States. Winning the student body president, was like one step closer to his goal.

Sense8
Unlike other sci-fi dramas, this exceptional drama emphasizes on telepathic experience between eight strangers from different parts of the globe. They are mentally and emotionally linked and therefore “sensates”. Sadly it’s not going to have a season 3.

The Last Kingdom
If you’re into historical drama, this series is for you. Bernard Cornwell’s The Saxon Stories novels The Last Kingdom’s season 4 is going to be aired soon.

Schitt’s Creek
From riches to rags is exactly what happens to the Roses. They are an elite family with a lavish lifestyle until they go bankrupt and have no option left but to live in a small town named Schitt’s Creek.

Dark
The first German Netflix thriller series who has got the equal status as ” Stranger Things”. This show let’s you solve the mysteries. Hence you don’t just watch it you actually become a part of it.

Good Girls
A blend of crime, comedy and drama, this series revolves around three suburb Michigan women who’ve suffered to an extent that they end up robbing a supermarket.

Black Mirror
Charlie Brooker’s anthology series has a got a separate fanbase. Highlighting the theme of techno-paranoia, it reflects how technology has occupied a major part of our lives.

When they see us
This miniseries is based on a real life event that is the Central Park Jogger Case. The storyline depicts the lives of five suspects who were accused of sexual assault on a female victim.

Russian Doll
Starring the Emmy nominated actress Natasha Lyonne, this thriller comedy drama is about a young girl Nadia.
She is stuck in a loophole where she finds herself dying repeatedly and starts as the same point.

So ready for some binge watching coupled with a bucket of popcorn.