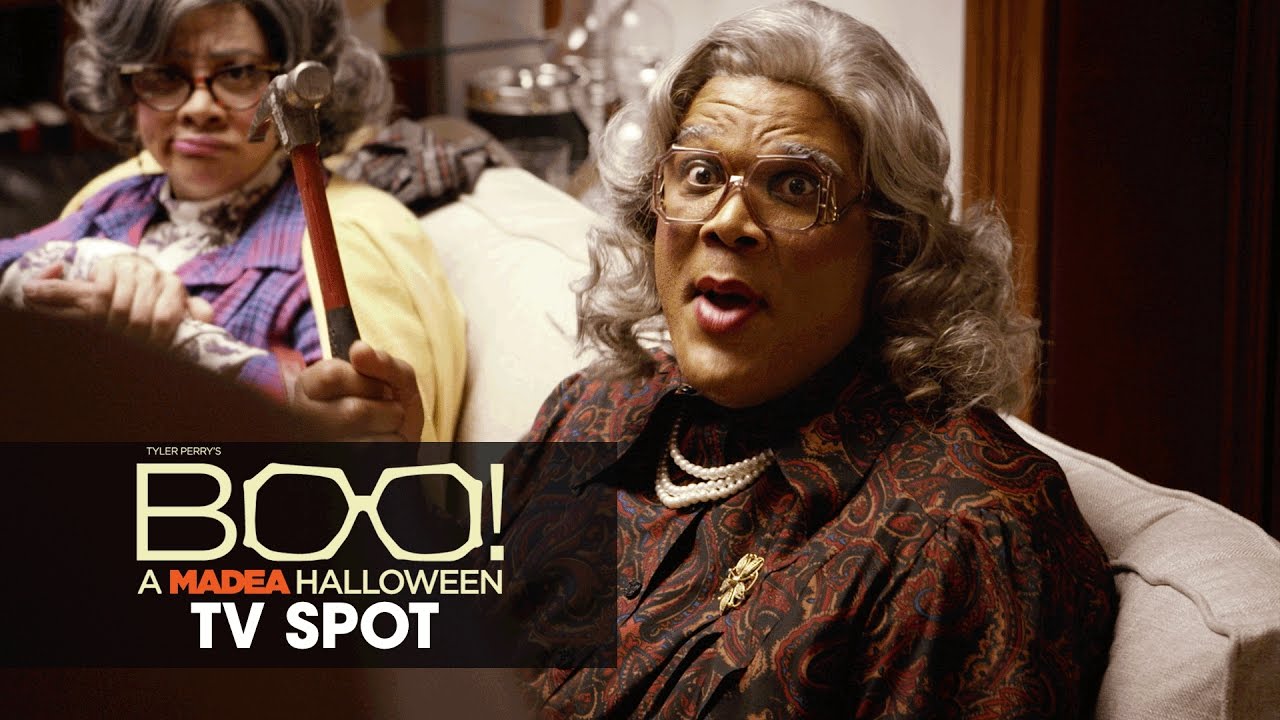 In the weeks before Halloween each year, Hollywood serves up a chunk of chilling movies, from slasher flicks to psychological thrillers. Yet, for the past two years, the horrifying holiday has been ruled by one furious (and hilarious) lady, not some killer in a mask or deadly supernatural force. Her name is Madea.

Tyler Perry’s franchise, starring the actor and filmmaker as the title character, is a decent moneymaking machine that keeps finding ways to appeal to audiences. Its past two chapters, both Halloween-themed, have influenced box offices in late October as theatregoers seek out laughs to go with their screams. “Boo! A Madea Halloween” and its newly released sequel “Boo 2!” added box office’s wins two years in a row, despite boring reviews.

The Movies It Surpassed

Slamming screens on Oct. 21, 2016, the first Boo! Racked up $28.5 million in its opening weekend in theatres, beating horror film “Ouija: Origin of Evil” and “Jack Reacher: Never Go Back,” an action sequel that aggrandised Tom Cruise and a much bigger production budget. Madea stayed onto the box office for a second week, controlling off mystery thriller debut “Inferno,” starring Tom Hanks and Felicity Jones. Its $73.2 million lifetime gross makes it one of the most commercially successful horror comedies ever, alongside such films as ‘Zombieland” and the “Scary Movie” series. The new Boo! is mostly living up to the success of its predecessor, grossing $21.2 million in just its first three days and destroying the competition.

Disaster tale “Geostorm” came in a distant second with $13.7 million; “The Snowman,” a horror conundrum about a serial killer, was able to aggregate only $3.4 million. It wasn’t even Perry’s idea to insert terrifying films into the Madea cinematic universe. The basic idea came from the 2014 Chris Rock movie “Top Five,” which humours about a fictional hit film called Boo! A Madea Halloween.

Perry got a call from his studio, Lionsgate, which asked him if he could turn the fictitious film into a real one. Now, just days into the new film’s run, the two “Boo!” films have made $94 million at the submissive box office. They cost a combined $45 million to make.

Madea may finally feel some pressure next week when she goes up against the horror film “Jigsaw,” another longtime franchise being expressed for every penny. It will be the eighth film in the typically gory Saw series. Don’t be surprised if Madea comes out on top.