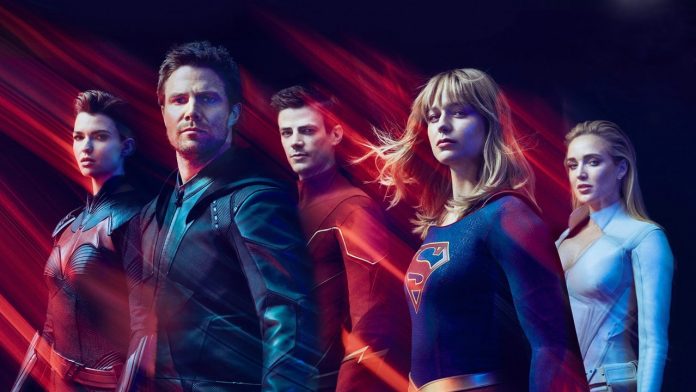 The “Crisis On Infinite Earths” is one of the most significant crossovers in Arrowverse for the DC Universe.  After the preparations for the event, CW finally released three episodes, but it still has two episodes before this crazy crossover finally ends. What we can comprehend is that the fans are yet to receive the final revelation, and this has kept the energy of the show going in full swing.

The Arrowverse was decided to have five crossovers featuring Arrow, Supergirl, The Flash, DC’s Legends of Tomorrow and the all-new Batwoman who will be introduced in the episodes itself.

The show is scheduled to premiere in December 2019, the first episode showing the crossover with Supergirl on Dec 8. It will continue with Batwoman and the Flash on Dec 9 and Dec 10. After that, the show will again continue on Jan 14 with the all-new episode of Arrow and finally the crossover with Legends of Tomorrow.

The trailer for the show has been released, which shows the glimpses of all the characters that will be included in the show. We see that Oliver starring as Stephen Amell and Barry played by Grant Gustin prepare for their death and also can peak a glimpse of White Canary (Caity Lotz), Supergirl (Melissa Benoist), Black Lighting (Cress Williams) and Superman (Brandon Routh). There will also be a Smallville reunion for the respective characters.

Along with the old actors, we must be ready to greet a herd of new ones. While it will be a reunion for some actors, there will be some who will act for the first time in the DCEU. Whatever it might be, the fans seem to be satisfied with the crossover.

While DC has always kept its movie and TV shows strictly separated, it just collided surprisingly in a short period following the announcement of the crossover. Getting all the characters on the same screen while maintaining their individuality and avoiding confusion will be difficult. However, only after the crossover ends can we see that what the fans expected could be appropriately delivered by the universe or not.