- Advertisement -
Home Top Trending James May: Our Man In Japan One Member Of The Grand Tour...
Top TrendingTV Shows

James May: Our Man In Japan One Member Of The Grand Tour Trio 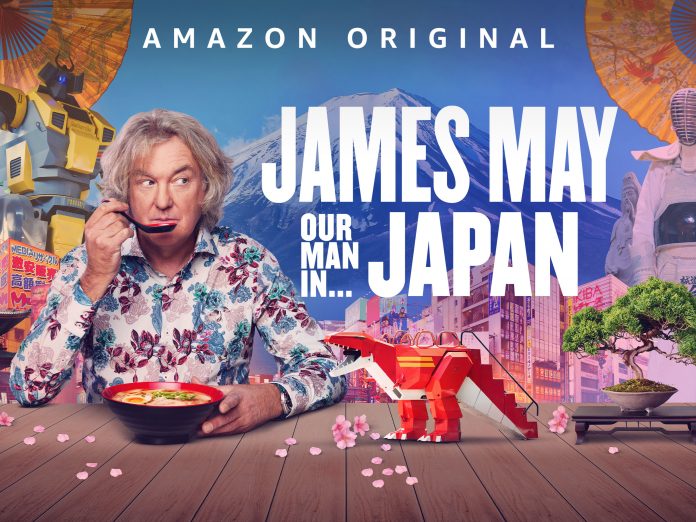 Jeremy Clarkson, Richard Hammond, and James May’s The Grand Tour first released on the 18th of November 2016. It has been a success since then. A British series about adventure and friendship. This show has made everyone realise the people you call friends are also the ones you find a little too annoying. Furthermore, episodes were released on a weekly basis, with viewers across more than 195 countries the show attracted favourable viewing figures since its premiere episode and positive reviews from critics.

Four years and four seasons after, one of the members of The Grand Tour trio, James May, had an entirely different travel documentary to offer. On the 3rd of January 2020, James May: Our Man In Japan, released on Amazon Prime Video.

From temple visits to joining a biker gang, James does every Japanese thing, including being a part of a traditional tea ceremony. There’s Sumo wrestling, Itsukushima, Zen archery, and getting buried in hot sand. Deserted place filled with scarecrows called Nagoro also features in the show. Locations covered in the series include Tohoku, Shikoku, Osaka, Tokyo, and Kyoto.

James May explores every single part of Japan while participating in various activities such as attending the Kanamara Matsui penis festival in Kawasaki City. Indeed, James May: Our Man in Japan is a must-watch for travel lovers out there!

Why is VeChain Dropping now? What is the Future of VET

Ken Miles Death Cause: How did Ken Miles Die? Explained