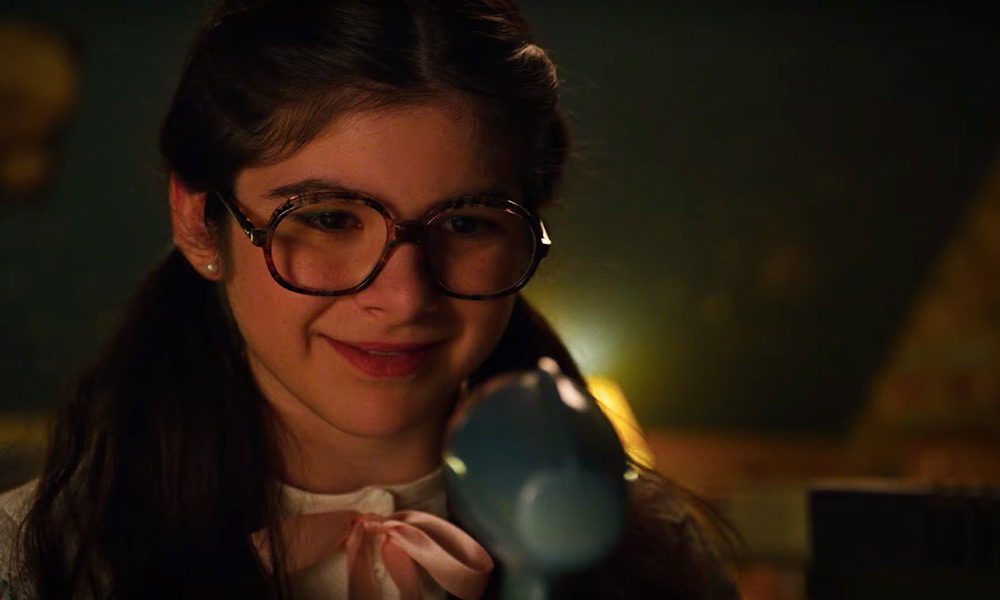 If you are someone who has finished watching Season 3 of Stranger Things, then welcome to the club. After the final episode of Season 3, we all need answers to loose ends. It ended on a major cliffhanger, with Jim Hopper’s death being a mystery.

Not even a day after the release of Season 3 of Stranger Things, all the savvy fans came forward with a bizarre theory about Hopper. The fan theory suggests that he is still alive, as no dead body was shown after the lab blast.

Is Suzie A Spy?

But keeping the Jim Hopper theories aside, let’s focus on the new one. We all saw the Suzie and Dustin musical between the battle with Mind Flyers. But there is a possible theory suggesting that Suzie is most likely a spy.

Gabriella Pizzolo plays the character Suzie, and even though she appeared in one scene, but it is one of the most memorable so far. Well, Suzie seems less of a threat in the show, but what if it’s just a mask?

Dustin built a huge radio set up on the top of the hills to keep in contact with Suzie. Dustin’s girlfriend from Salt Lake City was the last hope for them to crack the code for Hopper and Joyce to get into the control room. And the never forgettable duet before giving the code was hilarious.

What Does The Cast Say?

Gaten Matarazzo has revealed his favorite fan theory, which is about Suzie being a Russian Spy. He said that all the assumptions are eye-catching and quite interesting, but this one caught his eyes. Most of us didn’t expect a 13-year-old girl to be a Russian agent.

Gaten thinks than Suzie’s fan theory is genius as well as stupid. I mean, well, it is kind of funny even to imagine that. Further, he explained how it’d blow up the entire fandom if that happens.

I mean, for sure we’ll be blown apart, as that’ll be a huge plot twist for even Game of Thrones fans to handle, right?