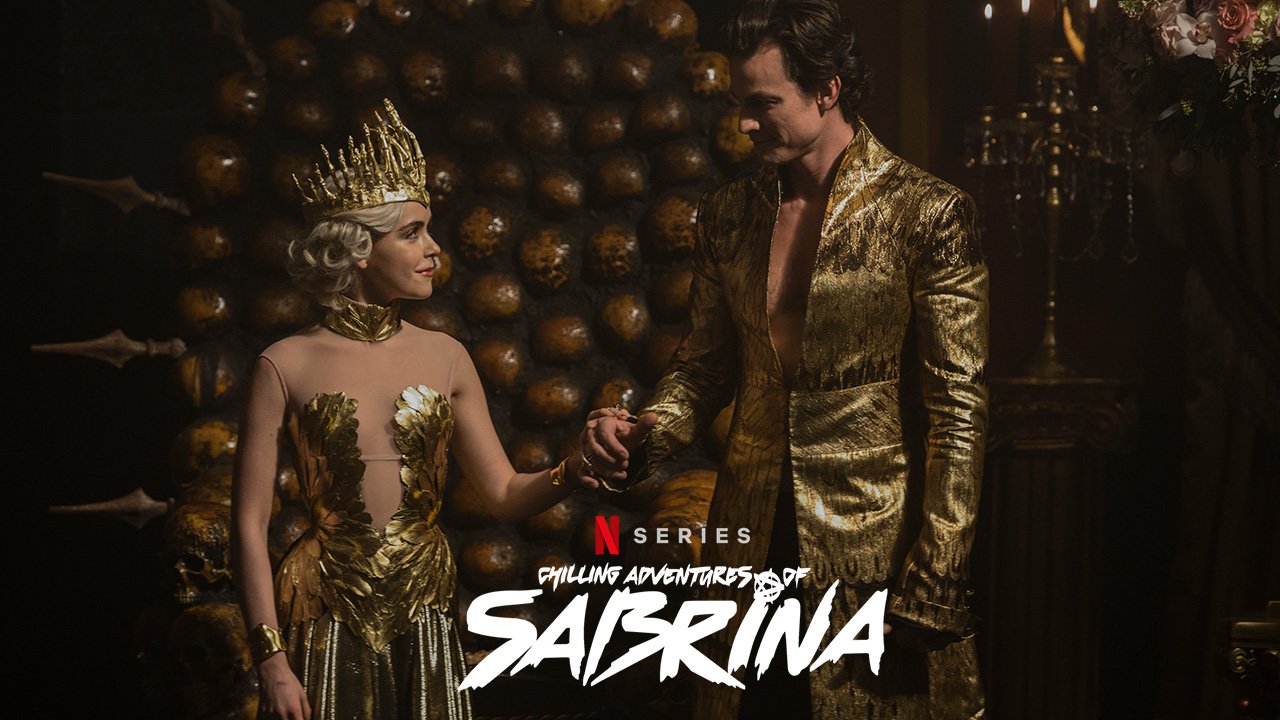 It’s been a long wait for season 3 since Part 2 premiered on the streaming service in April.

Below, we shared the expected release date for Chilling Adventures of Sabrina Part 3 and what we think will happen in the new season.

Chilling Adventures of Sabrina Part 3 is coming to Netflix soon, but the streaming network has not announced the release date for the new episodes yet.

Fans were hoping to see the new season by Halloween 2019, especially after Part 2 was added in April. If the new episodes were released in October, the new season would have premiered six months after the previous season. Unfortunately, Halloween came and went without Chilling Adventures of Sabrina Part 3.

And, it’s now looking like Part 3 won’t be added to Netflix in 2019 at all. It’s looking more likely that the new episodes will premiere in the spring of 2020.

The cast and crew finished filming in October 2019. Generally, Netflix waits about six months from the end of production to release new episodes of a new show like Sabrina. If that happens, Part 3 will likely be released in March or April.

At the end of Part 2, Nicky Scratch sacrificed himself for the fate of the world, the human race, and, most importantly, for Sabrina by trapping the Dark Lord inside of him. Lilith, aka Madam Satan, then, carries the Dark Lord back to Hell, stopping the apocalypse in its tracks.

In the final scene, Sabrina, Harvey, Theo, and Roz make a pact to become the Fright Club and go to hell to save Sabrina’s boyfriend. I’m assuming that the goal will be the main focus of Part 3. How they get to Hell and save Nick, I have no idea, but I’d bet that it will happen.
That’s when we’re expecting the new season will be released on the streaming service. We’ll be sure to let you know the official release date when Netflix makes the announcement.

Outside of the Fright Club’s mission to save Nick, there are a lot of other big plans in the works, as well. After spending much of the series at odds, Prudence and Ambrose have used their hatred of Father Blackwood to come together. Blackwood is in the wind, currently, but it sounds like this pair is trying to find him. Hopefully, they’ll make that happen!

With Blackwood gone, Zelda and Hilda have taken over the coven. Zelda is going to be running things, but we know Hilda is going to have a significant say at what’s happening with the group.

I think it’s safe to say there’s going to be a lot going on in this new season that we don’t even know about yet. There are eight episodes in Part 3, and they’ll make up the first half of the season.