Dolittle: Downplays The Value Of Animals Lives? Details And More 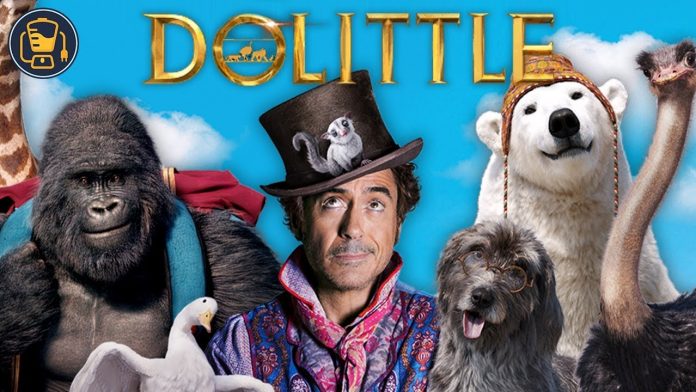 Dolittle was not received well at the box office and by the critics. Slammed for being too long and lifeless, the movie grossed 29.5 million dollars only in the United States and Canada. Collection in other countries estimated 27 million dollars against the production budget of 175 million dollars. So, Robert Downey Jr’s career was off to a shaky start anyway.

Set in the Victorian era, the story follows RDJ, who plays is a veterinarian to Queen Victoria. He’s extremely good at his job due to his ability to talk to animals. Furthermore, in an attempt to cure Queen’s sickness, he sails to a faraway land with a few of his animals.

However, this doesn’t mean that we get to see some love or attachment with the animals. Dolittle somewhat downplays the value of animal’s lives.

In the movie, Dr. Dolittle doesn’t care much of his feathered and furry buddies. Most of his time is spent on grieving the death of his wife. Unfortunately, he’s less concerned about the welfare of his friends and more concerned about how they can help him in achieving his goals. Consequently, he uses animals as mere tools.

Furthermore, even though he’s always with them, Dolittle never tries to connect with them genuinely. In contrast to the animals who are still ready to help him out. Despite feeling bad about it, they do as he says every single time. For example, Chee-Chee, overcame his anxiety issues to protect Dolittle against a deranged tiger.

Yes, Of course, these are not actual animals. They are computer-generated, but that doesn’t mean his attitude towards them has no value at all? It does. Also, even if we acknowledge that the movie is fictional, it somewhere does alter our beliefs, and films do have an impact on people.

Animals deserve better, it doesn’t matter whether they are CGI or flesh and blood.