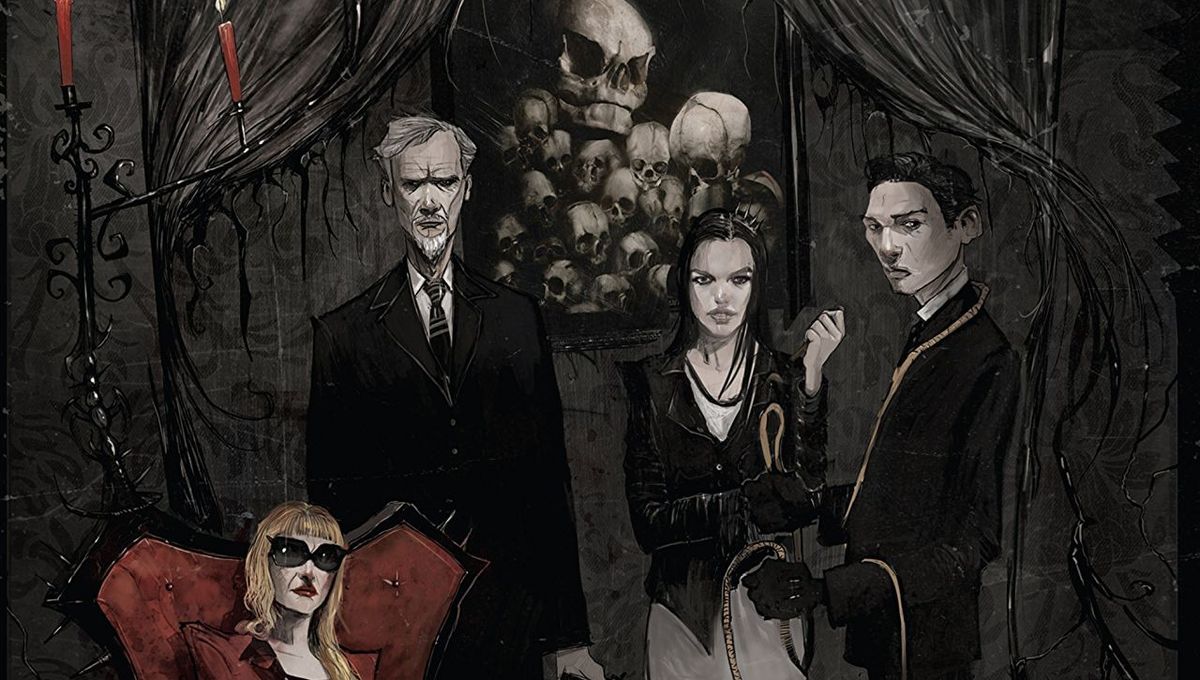 Netflix’s October Faction is built on a lot of mysteries and secrets. Due to that, there a lot of confusion and questions in the viewer’s minds.

Here are some of the biggest unanswered questions that we know about.

With the vampire Moshe (Dayo Ade) now hunting her, some think that it could be him, as he was once an ally of Alice who lost hope in her leadership. What’s interesting is Alice said she linked up with a rogue faction after Harlow betrayed her, so it could be Moshe’s crew or perhaps a new batch of warlocks we didn’t see in Season 1. Either way, you’d have to be powerful to imprison Alice.

Where Is The Prisoner’s Soul?

Fred’s dad, Samuel (Stephen McHattie), used a prisoner from a jail near Barrington-on-Hudson named Dante to conduct experiments on via warlock magic. He wanted to bring Seth back, and so he did, pulling the boy’s soul back from the afterlife and into Dante. This disfigured Dante and decimated his voice, leaving him an abomination housing Seth’s soul. However, we don’t know what happened to Dante’s soul. Chances are it’s still inside there somewhere.

Why Did Fred Cheat On Deloris?

Fred and Deloris have a seemingly bulletproof marriage, doing anything and everything to protect their kids. However, we shockingly discover Fred’s having an affair with a Presidio higher-up named Hannah. She works for the boss, Edith, and it seems they’ve been doing this for a while. But we never saw a reason for Fred to cheat on Deloris. They shared a common interest in killing monsters, so it makes no sense he’d cheat. Deloris has been the ideal wife, so it’s odd to see such a loyal family man behaving like this. Deloris forgave him when he confessed he ended it with Hannah, but the twins deserve an explanation, and frankly, we can’t see him being let off the hook so easily.

How Were The Twins Suppressed?

Presidio created special warlock chemicals that could suppress warlocks’ powers, which is how they raided Harlow and imprisoned Alice. In the present, they use these same compounds in darts to take Alice and her reborn warlocks down again. So it’s no surprise Fred and Deloris had “vitamins” they gave the twins throughout their lives to keep their powers dormant.

But as they got older, their abilities manifested a bit more, making the pills ineffective. Still, while they got stronger, one has to wonder where they kept getting these pills from and who made them.

What Happened To Edith?

In flashbacks, we saw Edith befriending Alice undercover, leading to the infiltration and slaughter of the Harlow commune. So when Alice returns decades later for her kids, she decides to use the town as vessels and bring some of her warlocks back. It culminates in Edith trapping her. As Deloris leaves Alice to head back to her family, the wizard takes her revenge on Edith. She seemingly kills her off-screen, but we know warlocks love to torture people, rather than to give them a quick and easy death. Speculation has it Alice could have taken Edith hostage for torture, so we’d love to know Edith’s fate.