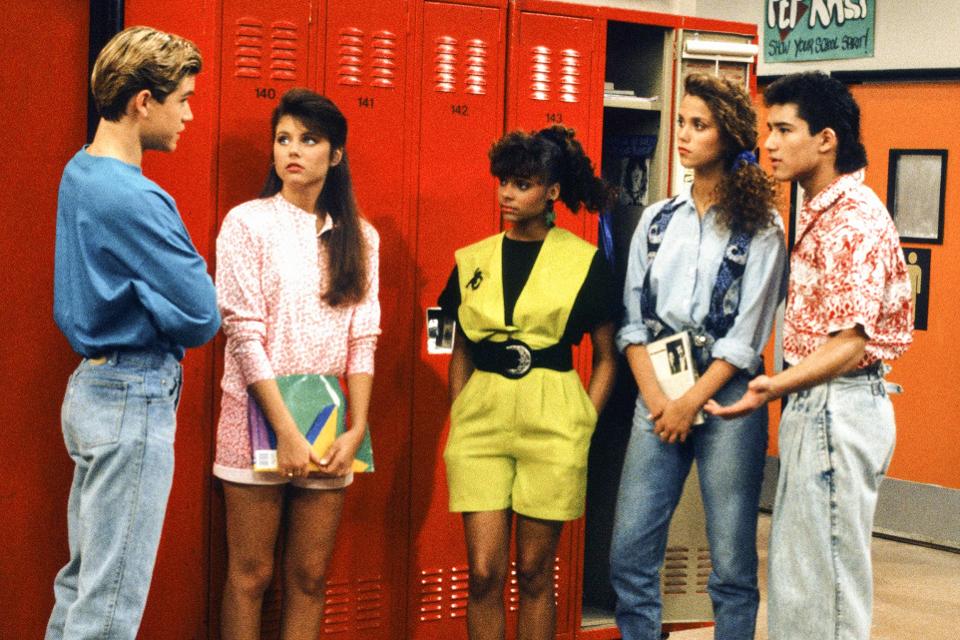 Saved by the bell which aired between the years 1989 and 1993 is making a comeback on NBC’S new streaming platform, peacock. The classic drama was all about high school teenagers and their principal with a lot of climaxes involved in the day to day life relating to relationships, education, and family.

The release of Saved by the Bell revival series is officially not been declared yet but we hope the series airs soon to have some jocular and fun time binge-watching and being involved in the teenage drama.

Bayside High was a little world of its own with some of the most cherished and beautiful times and the instances were relatable to everyone that age.

The lovebirds Jessie Spano and A.C. Slater, unfortunately, did not end up together after movie Saved by the Bell: Wedding in Las Vegas but they are coming together for the revival and we could not be any more excited about this wonderful confirmation.

Berkley the over-achiever, who is also the fans’ most loved feminist, is making a comeback and she would also be producing the show this time alongside Mario Lopez. He would be playing the role of an Army brat.

Hold your breath for this fantastic news! Mark-Paul Gosselaar the charming, blonde-haired actor will be reprising his role. He would be playing the role of Zack Morris.

The plot of the revival

The revival surely has many new secrets and surprises to unfold. It would focus on the lives of the former students but also will include the drama of the present batch.

The series is filled with some hilarious and entertaining punch lines but at the same time, it also gives a reality check. Palisades, California is a town of endless possibilities and the beautiful views would leave you spellbound.

Are you ready for this roller-coaster ride into the world of teenage drama? Share your views with us in the comment box below!