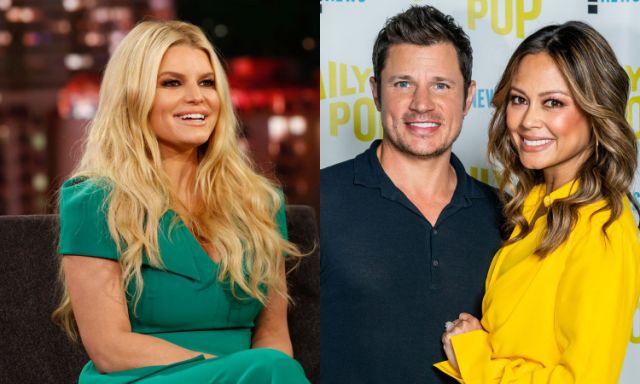 Jessica Simpson is here to reveal it all, and she has done it again! Well, this time it’s not about her exactly. As devoted fans of the tabloid may have noticed, since the release of her memoir, titled “Open Book”, Jessica Simpson has been out and about in the interviews, talking about everything, her addiction, she failed marriage, and her current marriage and happiness.

While everything seems to have worked out for the better, the ones of us from the nineties can’t help but reminisce, why did it all go wrong with Simpson and former spouse Nick Lachey?

We may never know where things went south. However, Jessica Simpson now speaks of her current husband Eric Johnson with adoration and calls him the love of her life, and that’s probably for the best.

The ones of us who remember, however, remember Simpson’s marriage to 98 degrees singer, like a rollercoaster ride. While both Lachey and Simpson seem to have moved on, Lachey’s second wife, Vanessa Minnillo has a lot to say about it. She has been pretty outspoken in the past and now is no different.

While Minnillo has seemed pretty outspoken in the past, speaking of Jessica Simpson from a very uncomfortable standpoint, nothing could beat last week’s interview. Vanessa Minnillo and Nick Lachey were invited to the Today’s show with co-host Hoda Kotb. And between a slew of questions were asked what they thought of Jessica’s new milestone.

Minnillo commented that it wasn’t of much significance to them. And she only seemed to make matters worse by insisting that they hadn’t bought her a gift for the accomplishment. Leaving the audience to cringe audibly, Minnilo’s discomfort for her husband’s ex-spouse seems only to grow as the days grow.

We hope that Vanessa Minnillo lets go of the discomfort and moves. Or maybe writes a memoir about it and ends up dishing out everything.