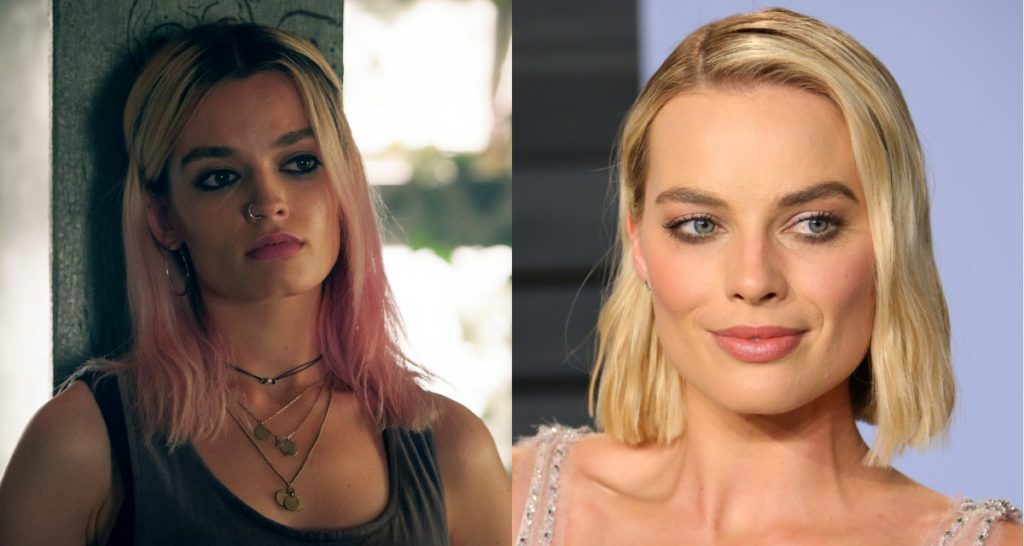 We are guessing this doesn’t come as a shock, but you might have noticed that Academy Award nominee Margot Robbie recently starred in critically acclaimed tv show Sex Education? If you are going back to your Netflix home page and checking out the episodes, I’d like to assure you; you’re not the only one.

In any case, cool your horses, that is Emma Mackey, a newcomer actress but one that has caught the eye of many. Was it because of her resemblance to Robbie or her acting prowess, we can answer confidently? It was the latter.

It isn’t a far-fetched idea to assume that they may be related somehow. Robbie first came into the acting scene when they began acting in an Australian soap Neighbours in her late teens. She is primarily from Australia and later moved to America for more prominent acting gigs and worked for a short time on American series Pan Am.

It was from here that she worked her way into films. One of her first roles in the vast Hollywood industry was that of Leonardo Di Caprio’s wife on the sets of Wolf of wall street.

Coupled with an array of seduction scenes and excessive nudity, Robbie later confessed in interviews that she hated filming those scenes. However, it was explicitly those scenes that increased her name and recognition and visibility in Holly wood.

She went onto roles in other successful films with a stand of her own, such as Whiskey Tango Foxtrot. This was before she landed a role in I, Tonya – a critically acclaimed account of Tonya Harding’s life. She also starred as Harley Quinn in Suicide Squad and is soon to reprise her role in Birds of Prey.

Emma Mackey, on the other hands, is new, and fresh out of France. Six years younger than Margot Robbie, Emma Mackey began her acting career in minor stage productions before she started playing roles in English TV like Badger Lane in 2016. She almost immediately caught her big break after being cast as Maeve Wiley in the Netflix series Sex Education. This success has led her to further lucrative opportunities such as Death on the Nile and Eiffel.

While their resemblance does have fans questioning their potential connection to one another, its purely a coincidence, these two actors are not related to one another. As Mackey, herself pointed out, “it’s lovely to be compared to Margot Robbie, but mostly I’d rather people focus on the jobs that we’re both doing rather than what we look like.”