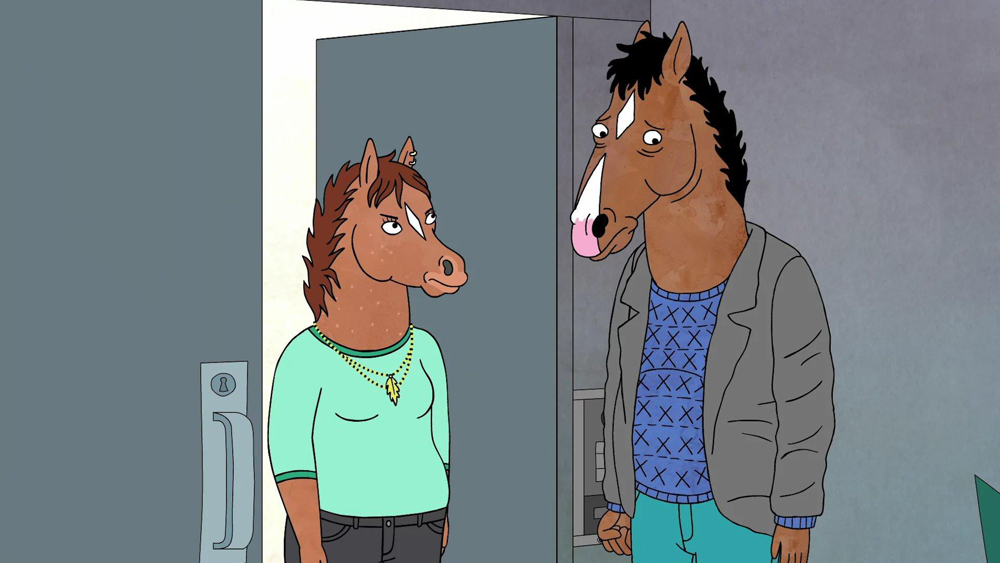 Bojack Horseman is the perfect mix of comedy and existentialism. After six brilliant seasons, it’s coming to an end. Here’s a list of top five heart-melting moments from the final episodes.

BoJack’s relationship with Mr Peanutbutter’s wasn’t always at its best. However, the whimsical Labrador is really the only one who truly stands by BoJack in the final episodes. Furthermore, he asks BoJack to live with him. Despite all the bad things BoJack has done, a true friend like Mr Peanutbutter is by his side.

One of the most heartwarming and truly satisfying scenes in the final episodes is the last phone call between Diane and Mr Peanutbutter. The much-deserved closure, and how beautifully both the characters have grown is apparent in the finale.

This one’s a call-back to first season’s finale! As BoJack Horseman concludes with Diane and BoJack talking to each other on a rooftop. Soon, both the characters find closure as they discuss their pasts, things they did, how they changed and the people they have become. Diane and Bojack share many more similarities than they admit. It’s so lovely to see them support each other instead of pulling each other down.

Judah was one of many recurring characters who returned for the sixth and final season with a heartwarming surprise. Judah and Princess Carolyn reunite with each other. Consequently, he resumes his old job as her assistant. Then the feelings they have for each other develop gradually. Furthermore, the show ends with a marriage ceremony and a very emotional song.

In the end, He lets his hair down and shows the sweet side of his personality as he sings a very Judah-like lullaby for Princess Carolyn. The scene is just so pure and blissful to watch!

In one of the final episodes, Bojack joins Princess Carolyn for a dance on her wedding day. They hug each other, eyes closed. It feels like one of those sad endings with a sense of sweetness and warmth.