Do Dead Men Tell No Tales? Maybe not, but Disney is rebooting the Pirates of the Caribbean franchise, with the sixth movie in the works for the multi-billion dollar franchise.

Disney initially hired writers Rhett Resse and Paul Wernick for the project, but the duo– who collaborated on Deadpool– quit in 2019. Disney is now looking to Ted Elliott and Craig Mazin (“Chernobyl”) to blow some much-needed wind into the sails of the pirate-fantasy franchise.

The franchise is hoping to arrest sliding box office margins by “giving it a kick in the pants” according to Sean Bailey, President of Production at Disney. This includes dropping Johnny Depp who has played the iconic Jack Sparrow since 2003. The movies have been panned critically, prompting this change in direction. 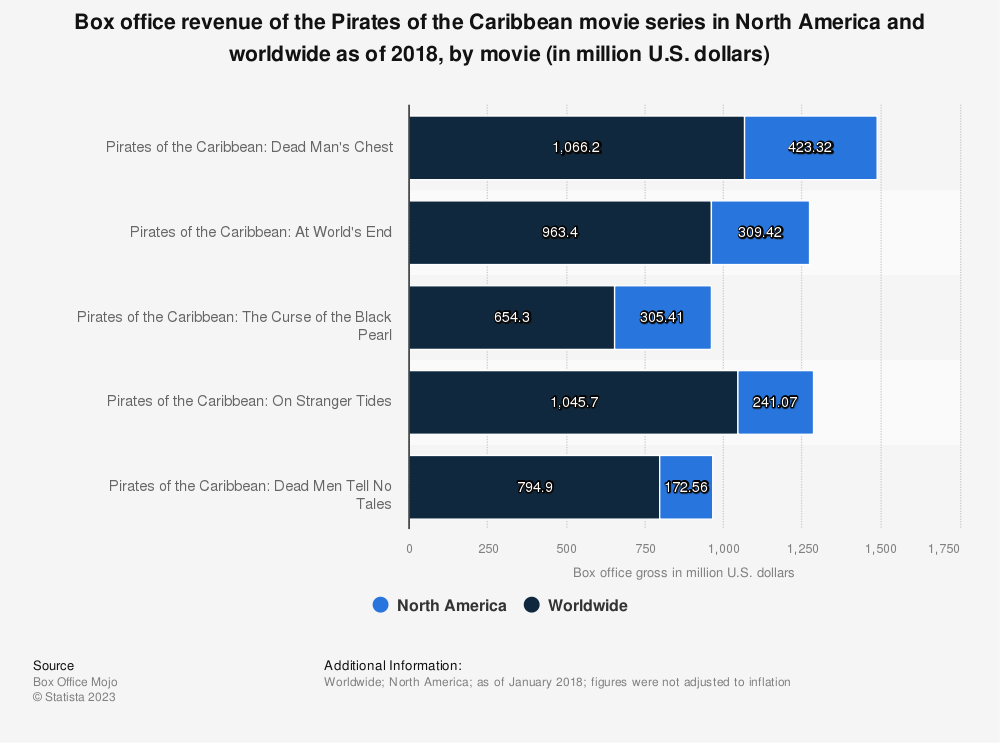 Falling Revenues have forced Disney to reconsider their approach.

The franchise is still a massive crowd puller, with the latest movie grossing $794 million at the box office. Yet, the movies are in need of an injection of energy. Kaya Scodelario (“Skins”, “The Maze Runner”) has already confirmed her return to the franchise for the next film but Johnny Depp’s declining popularity and domestic problem make his return unlikely. According to rumours, the movie may focus on Redhead, the pirate wench from Isla Tesoro as it aims to shed the Jack Sparrow tag. In all probability, Jack Sparrow will not feature at all. This marks a new direction for the franchise. Disney, meanwhile, has confirmed that this is by no means, the last film in the series. The movie does herald the coming of the final adventure in the franchise, however. Will Redd be the star of the show?

What Can Viewers Hope For?

Disney has not confirmed a release date for the movie nor have there been teasers. We do know, however, that the series is likely to get a touch of morbid, gallows humour as Mazin comes in. Disney is clearly trying to steer the sinking ship away from the rocks. But, it may not be enough if the reboot fails to offer the swashbuckling swagger of the previous instalments.