The new season was released on Netflix, and the fans are going crazy. The up and coming comedy-drama reveals intricate details about the sensitive issue of sexual literacy. The first two seasons of the show have been a bit which had gain a lot of appreciation. The play with another Thriller drama You has gained around 40 million views. 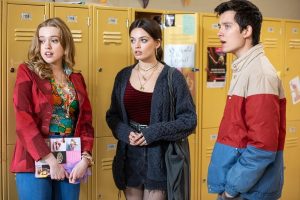 The show is about a teen who is dealing with his sexual problems when he discovers his capability to solve other people’s problems. Meanwhile, the story progresses while many characters get involved with each other depicting the threads of all the stories pointing to one. The second season progresses by showing more stories and describing different problems with which all the viewers can relate.

The last season that was out left the audience hanging as it did not give a closure. Season 2 offers a major focus to character building while keeping the story moving forward. While the makers tried to give it an ending, and we anticipate that it is going to end in a good way, but the makers managed to put that on a cliff-hanger.

After the success of season 2, the creators of the show have confirmed that the production of the new season will begin. Netflix also released a trailer showing the not, so villain character Mr Groff stalling through the hallway as an art historian. As far as the release date of the new season is concerned, the fans have to wait for a bit. Since the last season just released last month, it will take some time to film the yet another season.