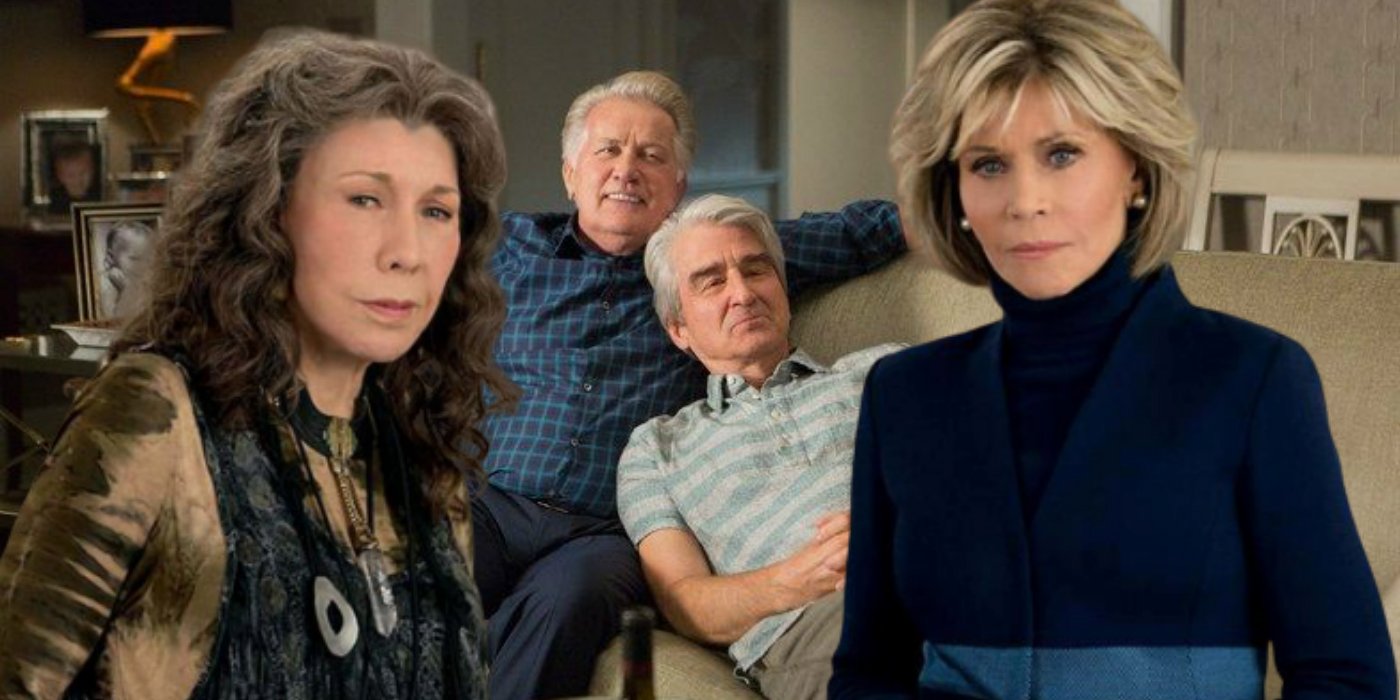 Our two oldies are back again for the 7th and the final season of the Netflix original Grace and Frankie. With the last season at work, this will become Netflix’s longest-running original ever. Let’s have a look at a few details first. In September 2019 ‘Variety’ reported that season 7 would 16 episodes, bringing the series’ total to 94 since the premiere in 2015.

Jane Fonda (Grace) and Lily Tomlin (Frankie) are two of the most delightful people to watch on TV. As season 6 was just aired, we can hope for the last iteration to be released around early 2021 at the latest.

As this is the series finale, we can hope that no new major characters will be introduced this late in the series. The whole cast will be returning for the series finale. Apart from the major characters Grace Skolka (Jane Fonda), Frances “Frankie” Bergstein (Lily Tomlin), Sol Bergstein (Sam Waterston) and Robert Hanson (Martin Sheen) we also have their kids Mallory (Brooklyn Decker), Brianna (June Diane Raphael), Bud (Baron Vaughn), Coyote (Ethan Embry).

The series revolves around Grace and Frankie and their upside-down life. What is the ultimate fate of these characters in their world? We can hope to see a new plot for this season which will give us an idea as to how their lives are going to proceed after the show.

There is no trailer yet for the last season. However, a report from the THR news channel will cover your basic questions about any remaining questions.

It’s time to say goodbye to Grace and Frankie, produced by Marta Kauffman (also produced the legendary sitcom ‘Friends’) and Howard J. Morris. We will miss these cute grannies with the hearts of little girls. They surely tickled us for complete 6 seasons and will do the same for the last one.