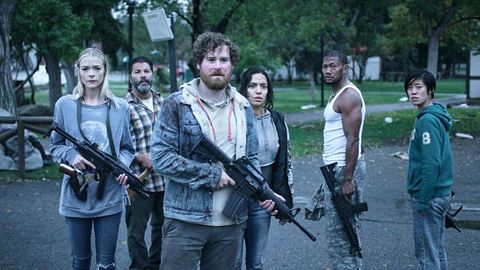 The American Zombie apocalypse drama web series, Black Summer hit our screens via Netflix back in April. Created by Karl Schaefer and John Hyams, the first season, consisting of 8 episodes first premiered on Netflix on April 11, 2019.

The story plot revolves around Rose, who is separated from her daughter and is stopping at nothing to find her. Six weeks post-zombie apocalypse, she must brave a hostile world and make brutal decisions during her journey.

Fans can celebrate, as the release of Black Summer season 2 has been officially confirmed by Netflix. The shoot hasn’t begun yet but is expected to kick off next year in Alberta, Canada. Since they haven’t begun shooting, the trailer is not expected to be out soon. 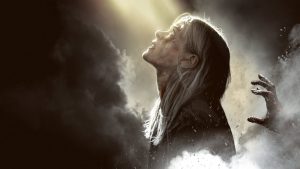 Jaime King, reprising her role as executive producer, will be back as Rose. We will also see Justin Chu Cary as Spears and Christine Lee as Kyungsun. John Hyams will also be back this time, as sole showrunner. He created the series with Karl Schaefer but it looks like Hyams is taking the lead alone this time.

A hint to the plot of season 2 has already been confirmed by Jaime King. During an interview with ComicBook.com, she said: “What I can tease is that whatever you think is gonna happen, will not happen. It will always keep you on your toes.”

In the final episode of Black Summer, we can see Rose and her daughter reunite, this can be counted in one of the happy moments in season 1. Out of all, only Rose, Sun and Spears survived the journey to the stadium.

We can expect more light on mass starvation, paranoia, and panic that made summer one of the hardest. Also, a tsunami was hinted during the first season, but it never happened.

There is room for more Black Summer, especially if the plans are for the show to link up with Z Nation.