The American post-apocalyptic science fiction drama television series, The 100 premiered on the 19th March 2019. Since then six seasons have been out which has consistently proved its worth in the box office. The series is loosely adapted from the novel series, The 100 by Kass Morgan. The series revolves around the post-apocalyptic survivors, mainly a group of criminal adolescents.

Sadly, this will be the last outing for The 100. CW President Mark Pedowitz confirmed during the network’s 2019 Summer TCA press tour appearance.

Eliza Taylor will be back for The 100 Season 7, presumably along with Marie Avgeropoulos as Octavia Blake, Bob Morley as Bellamy Blake, Lindsey Morgan as Raven Reyes, and Shannon Kook as Jordan Green.

Shannon Kook was cast as a guest star in the season five finale and became a full-time cast member in season six, so he’ll be back too. 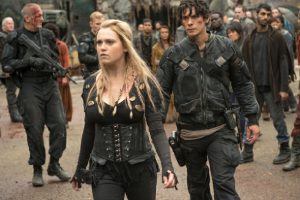 The narrative will follow “a band of survivors on the ground as they learn to cope in a dangerous world while fighting to create a new and better society from the ashes of what came before”.

We can also expect flashbacks showing Octavia’s healing process. There are many unanswered questions but all the questions have ties with the previous seasons. Stay connected for upcoming updates.
In this article:the 100, The 100 season 7