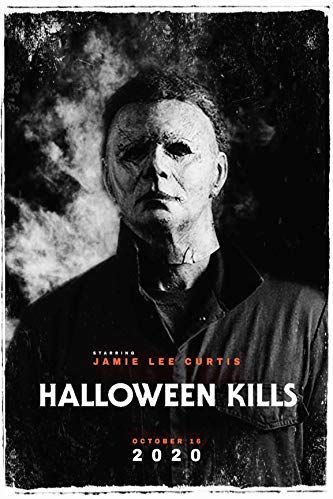 The upcoming slasher film Halloween Kills has been directed by David Gordon Green and has been written by himself, Danny McBride and Scott Teems. It is the prequel to its 2018 instalment Halloween and is the twelfth film in the Halloween Franchise.

McBride had disclosed in June 2018 that he and Green had initially thought of pitching the two films into one production by carrying out back to back filming, but then voted against it. They wanted to see how the audience perceived the first film. Scott Teems was hired to co-write Halloween Kills, and the cinematography began in September 2019 in Wilkins, North Carolina. October 16th,2020 has been officially declared as the release date for Halloween Kills in The U.S. It is being produced by Jason Blums through his banner Blumhouse Production, with Malek Akkad and Bill Block.

Halloween Kills undoubtedly about to set off with the events that formed the closing scenes of Halloween 2018. After escaping prison, Myers, the inexorable killer, had come after Laurie but was foiled up by Laurie, her daughter and granddaughter, subsequently getting locked up in a basement that was set on fire afterwards. But Myers’ breathing sounds in the ending scene of the film revealed that he had somehow made it out. Viewers are confident that Myers is going to pursue Laurie and her family in Halloween Kills, in an even more brutal manner. They are also expecting to see Tommy and Lindsay, forty years after their first encounter with The Shape.

Why did Michael Myers kill his sister?

The event that kickstarted the Halloween film series in the year 1978 saw a six-year-old Michael Myers killing his teenage sister Judith Myers on the Halloween night of 1963. Even though the film never really explains why Michael killed his sister, viewers have come up with some reasonably appealing ideas over the years. It has been termed as a “million-dollar question.”

One viewer believes that Myers possessed sociopathic tendencies ever since he was a child, and being jealous of his older sister, stabbing her seemed to give him a lot of satisfaction. More commonly, viewers have speculated that he was obsessed with his sister, who seemingly gave him more attention than his parents. On Halloween night he was supposed to have fun with his sister, he was all dressed up and excited, but Judith ended spending a majority of her time with her boyfriend, which displeased Myers. As a result, she was stabbed to death. There are many more theories in popular opinion, but the filmmakers have confirmed none of them.