There might be some good news for all the Otaku brethren who have fallen in love with the harem-centered hijinks in the Japanese manga adapted anime, titled “Monster Musume”. The unique storyboard that revolves around a world where monsters and humans live together in order to find a sense of harmony was the result of the beautiful concoction written and illustrated by Okayado. After running a poll on Monster Musume’s website in September 2014, asking if the readers would like to witness an anime adaptation of the series. The anime series began airing in July 2015, and was directed by Tatsuya Yoshihara, and is scripted by Kazuyuki Fudeyasu. And now we are waiting for Monster Musume Season 2. 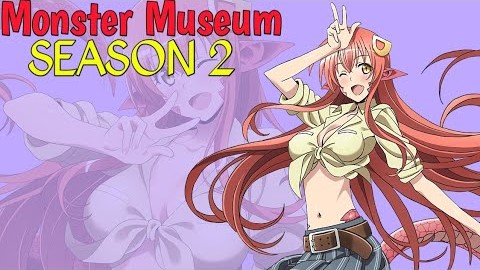 The pandemic has had some adverse effects in all walks of life, and the anime industry is no exception. Until now the series has released a 12-episode season in the year 2015, and has also released two OVA’ by the year 2017. The tremendous craze that Kimihito Kurusu and his liminal harem created was so substantial that the fans were expecting news about the next season release very soon. First season of this fantasy series covered up to chapter 25 of the manga series. Though there have been no official news about the premiere of the second season, but fans are quite optimistic and they might get to see the glimpse of the series in the next couple of months. 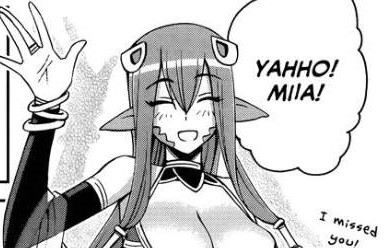 As of now including the OVA’ the anime adaptation has covered till the manga version’ 26th chapter, thus we can a chance to speculate that they would continue on with the next chapters. If the manga’ arc is to be taken as an inspiration without any deviation then in the first episode the fans would witness the arrival of Miia, Papi and Centorea’ mothers would be coming to Kimhito’ house and would be giving the big family quite a headache. And we might even see an end to the Ultimatum of marriage imposed on Kimihito by Kuroko Smith.

And a kind reminder to my Otaku brethren, do be wary of nose bleeds. Though they are highly unlikely, their would dramatically increase with the harem hijinks that would come with the release of Monster Musume Season 2.

While the expected cast comprises

Global Coverage is a platform for thousands of daily visitors who are looking for business updates, General News, and entertainment news like Movies, Web Series,  TV Shows, Mobile Applications, and Games.

The article was reviewed and updated recently, The below information is outdated.

UPDATED: According to the latest Reports received, it has been confirmed by the showrunners that Monster Musume Season 2 will be released in 2022. We know it is a long time for fans like us, but we cannot do anything about it. The pandemic has delayed the work. But the good news is we are getting season 2 in 2022.

Monster Musume is a Japanese manga series (Everyday Life experience with Monster Girls). Monster Musume is written and illustrated by Okayado. The series main character, Kimihito Kurusu (a.k.a. Darling, Boss, Master, Milord, Beloved, Honey, Mr. Darling, Snookums, Loverboy, Buddy or Mr. Newhire) is a Japanese student who accidentally gets involved with interspecies and the rest follows with his life turning into turmoil.

If you have been keeping up with the Monster Musume, this post might bring you joy. And if you are among those who love fantasy anime but haven’t seen Monster Musume, then you should probably check the bottom of this article for the where what and when details of the same.

Before the start of Monster Musume, the government of Japan was secretive about mythical creatures being real. This was soon uncovered just three years before the release date, an act about the “Interspecies Cultural Exchange” was passed. Since the reveal, these creatures became part and parcel of human society, like Au-pair visitors or even foreign exchange students, but with a different set of rules and duties such as humans and liminal (creatures) are not allowed to proliferate or harm each other.

While Kimihito Kurusu did not volunteer for the program but later got indulged in the exchange when due to a mistake by Smith, got one of such creature Miia, delivered to Kimihito, Miia was shy and embarrassed, so Kimihito did not have the heart and soul to send her back and thus started living together.

With the story proceeding, he gives other females liminal an adobe with himself. The house sooner becomes hell to him as he finds it hard to live in harmony with them all. And not just that but also with all the drama of helping them creatures get along with other humans. The world seemingly not in his favor: he is asked to marry one of the liminal. This leads the other liminal to vie for his attention. The series leads him with extreme encounters with the animals, but he restrains, given the legal peace. All of this is set to fire when he is picked up as a test case for the inter-human-animal activity.

Now that you are on your toes about the anime, you would surely be looking for the other seasons or a place to watch it.

Where Can I Watch Monster Musume Season 1

Season 2 for Monster Musume will be released in the of Fall-2021. Although we haven’t heard any official announcement from the studio. Our best guess is the fall of next year or maybe even after that, given the present endemic. Season 1 of the show aired in July 2015 and ended on September 23, 2015, with twelve episodes.

“The second season is in talks, but no confirmation is officially released.”