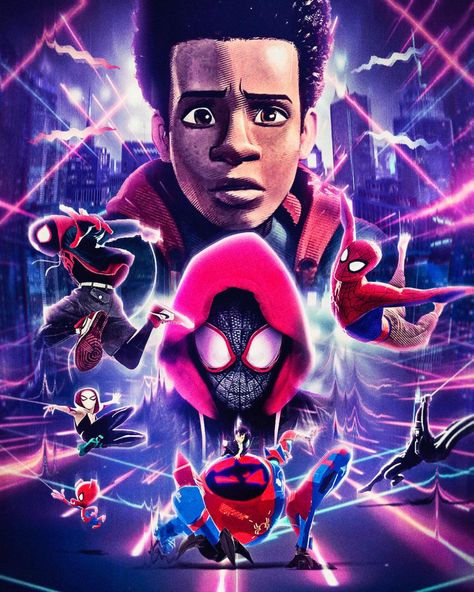 Spider-Man: Into the Spider-Verse was a huge success and won Best Animated Feature both at Oscar and Golden Globe. It also generated almost four hundred million dollars worth of revenue and has its Spider-Man Universe.

Luckily, the fans already know how long they have to wait for Spider-Man: Into the Spider-Verse 2. The official release date is the 8th of April, 2022, as announced on its official Twitter page.

Sadly, the pandemic will likely delay the start of the production, we cannot yet predict the release of the trailer.

Amy Pascal, the Producer of the movie, did go on record saying that the second movie will focus more on the relationship between Miles and Gwen Stacy. Although there is not much information about who will be behind the voice of major characters in the movie, Shameik Moore and Hailee Steinfeld is almost confirmed to continue as Miles and Gwen. Brian Tyree Henry may also return as Miles’ father Jefferson Davis and Luna Lauren Velez as Miles’s mother Rio Morales, along with Kathryn Hahn as Doc Ock.

Peter Parker is bitten by a radioactive spider at the age of sixteen and becomes the Spider-Man after the death of Uncle Ben. He fights many villains like Doctor Octopus, Green Goblin, or Scorpion over a decade, but his final fight is against criminal boss Wilson Frisk.

Spider-Man attempts to stop Frisk from using a machine called SuperCollider made by Alchemax, which opens a portal into other universes that can find his wife and son, who had been killed before. Spider-Man rescues a kid Miles Morales while trying to make Green Goblin understand the consequences of using such a powerful machine. He realizes that Miles has similar powers to him. He is suddenly attacked by Prowler and ultimately, the Goblin attacks him as well.

The Goblin tries to kill the Spider-Man by pushing him in the beams emitted by the machine, which causes a huge explosion. This results in the Collider being heavily damaged, killing the Green Goblin. Miles finds the badly wounded Spider-Man. Peter then asks Miles to destroy the machine using a flash drive and to be safe from Frisk.

Frisk then faces off against the Spider-Man, who tries to explain that trying to bring back his family is not a good enough reason to put the entire New York under potential destruction. Angered by these words, Frisk kills the Spider-Man and the Prowler disposes of his body.