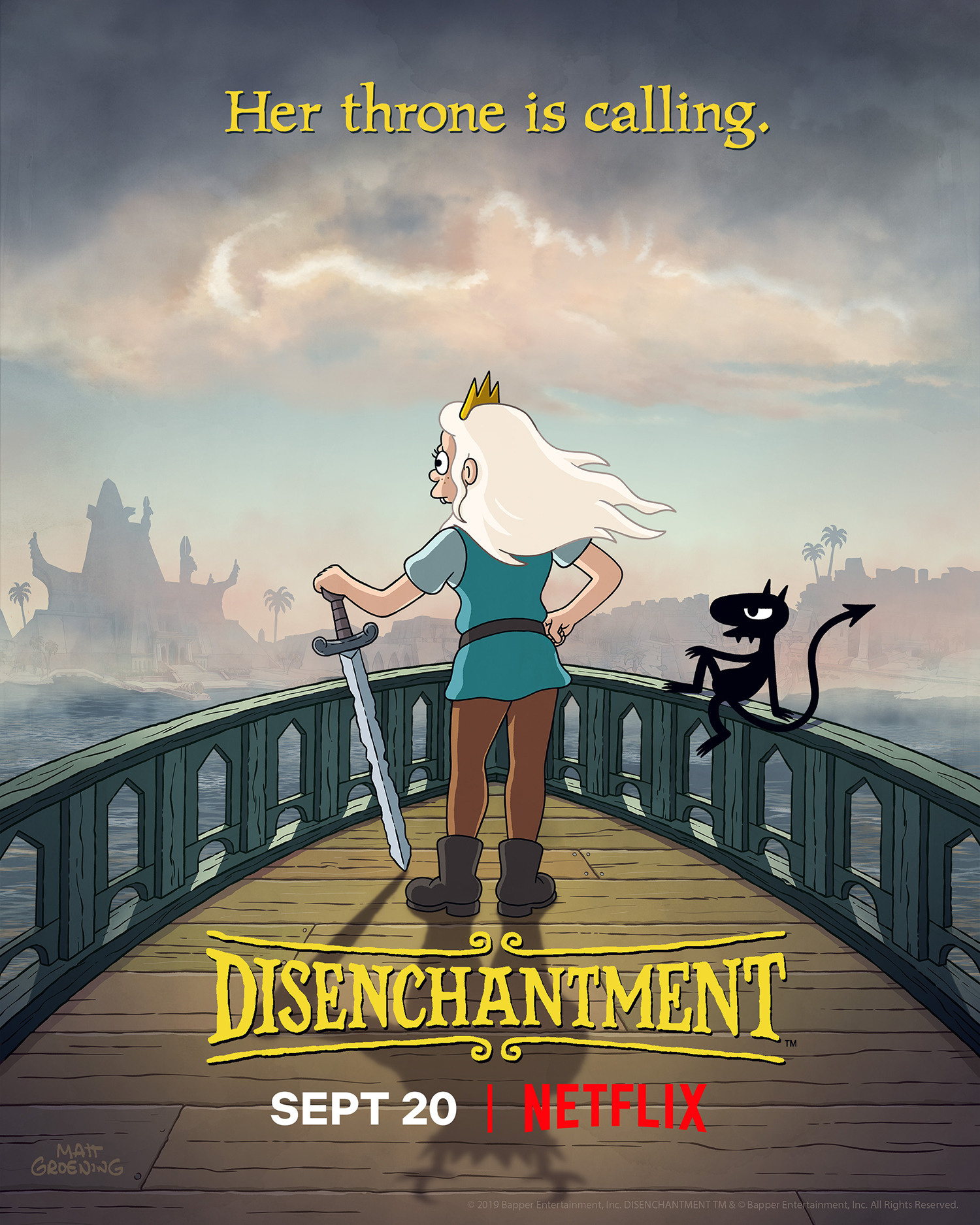 An American fantasy animated sitcom created by Matt Groening; Disenchantment is the only series of Matt Groening appearing on Netflix. The story follows with the story of Bean, a rebellious and alcoholic princess of the kingdom of Dreamland and her naïve elf companion Elfo and her personal and destructive demon Luci.

Many reviews say that Disenchantment 2 is vibrant, honest, and ethical, just like season 1. The overall review has been positive, and fans are eagerly waiting for the season 3 release.

Yes, fans can be happy to hear that Netflix has renewed Disenchantment for season 3. It is supposed to release in 2020 or 2021, but due to the ongoing pandemic, we do not know when it might release.

Since season 2 ended with Bean accused of witchcraft and an attempt to murder her father, King  Zog. Saved from the clutches of death by her evil mother, Queen Dagmar season 2 has ended with a cliff hanger. Season 3 is likely to center on the fact that Bean will try to clear her name, thwart the Seekers and save her gravelly injured father from their evil clutches.

If you haven’t already watched Disenchantment, do watch it now on Netflix, and also we are looking forward to seeing more of Bean’s adventure!