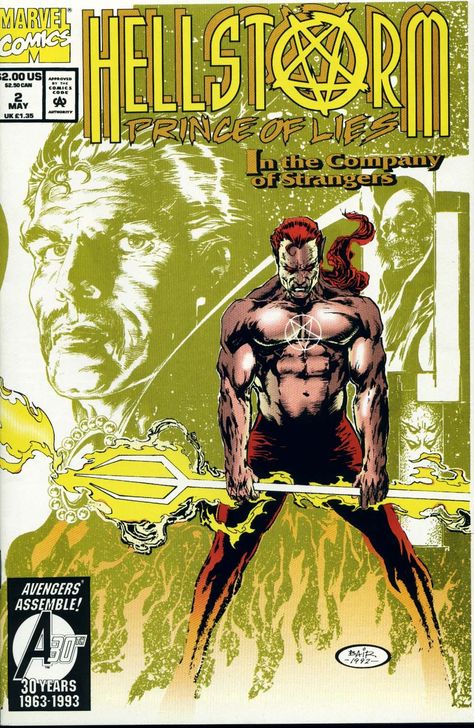 Marvel’s Helstrom is an upcoming American web series created for a new forthcoming platform, Hulu. It is produced by Paul Zbyszewski based on the Marvel characters Daimon and Satana Helstrom. No worries if you haven’t seen any other Marvel movies because this is a standalone series from MCU. It is co-produced by ABC Signature Studios and of course Marvel studios. To all the heartbroken MCU fans can now rejoice because their favourite genre of movies is not coming to and an end, not anytime soon.

Is Marvel’s Helstrom Available On Netflix?

Helstrom was officially announced with a series order in May 2019 as the first Marvel series into Marvel Television’s: Adventure into Fear franchise. Helstrom is set to release in 2020 and will consist of a total of 10 episodes. We know how we all are obsessed with Netflix because we can watch everything on one platform. How convenient. But not anymore. With other new platforms competing against Netflix, we no longer have one platform to go-to for everything. So, sadly Helstrom is not going to be available on Netflix as it has already been announced on another streaming platform.

Where Can I Find Helstrom TV Series?

But there’s no need to panic; we are here to help you out with everything you need to know about the series. So, the answer to your question is Hulu. You can find the Helstrom TV series on Hulu.  Hulu is a premium streaming service offering live and on-demand TV and movies, with and without commercials. We don’t have a date yet, but it will most definitely be releasing this year.

Zbyszewski is the official showrunner with a talented cast including none other than Tom Austen and Sydney Lemmon starring as the leads with June Carryl, Ariana Guerra, and Alain Uy as co-actors. It sure is an exciting line-up.

What Is It All About?

“Marvel’s Helstrom” centres around Daemon and Ana Helstrom, the son, and daughter of a mysterious and powerful serial killer. The siblings have a complicated dynamic as they track down the terrorizing worst of humanity — each with their attitude and skills. Even after it being a standalone series we expect it to have some ties with the Marvel Universe. But the comics don’t indicate so. So the only thing we Marvel heads can do it be patient and wait for the series to air and then decide if we love it 3000.