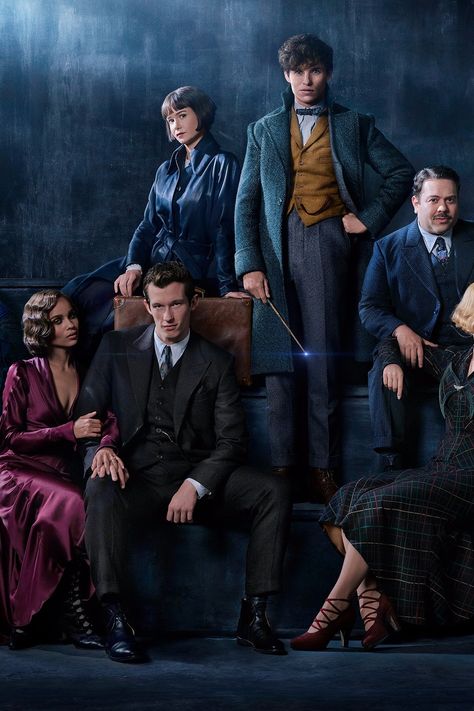 When a fantastic movie is released leaving certain questions in mind or be it a part of a famous franchise, the die-hard fans expect the sequel soon. It has been 2 years since one such franchise released its second edition of the film since then fans have been waiting for its third edition.

Fantastic Beasts is one of that franchise, which brought the Harry Potter franchise back to the big screen a few years ago. With two movies under the name, this chronicle is all set to deliver another one.

What Will Fantastic Beasts 3 Be Called?

Characters of the new movie

The speculations are rift that, the third edition of the franchise, supposedly set to bring back all the favorite characters, featured in the first two editions: Newt Scamander, Credence, Queenie, Tina, Jacob, and more. They will also be reconciling with Professor Eulalie ‘Lally’ Hicks, who has a more prominent leading role this time.

Warner Bros. announced that the third edition of the ‘Fantastic Beasts’ saga would release in theatres on November 12, 2021. Production of the film is expected to begin in the spring of 2020. As of now, everything is shelved considering the corona pandemic across the world.
So, the release date might get delayed from the scheduled date.

Not much known about the plot of the third edition but we know that the movie is set in Rio de Janeiro. The second edition of Fantastic Beasts: The Crimes of Grindelwald, fascinated mainly on the Dark Magician. After being apprehended on the first record, Gellert Grindelwald escaped supervision and began a rebellion in Europe. By the end of the sequel, Grindelwald had become a mighty wizard, moreover, Leta Lestrange was killed by Grindelwald for helping Newt along with the others. The chain of events is expected to intensify from that juncture onwards.

What Is JK Rowling’s anti-trans Controversy?

J.K. Rowling has been receiving fierce backlash as a consequence of her recent anti-trans comments. On June 6, Rowling has put up a chain of tweets, mentioning she believes women are known by their biological sex and not by their gender identity.
Rowling tweeted: “If sex isn’t real, there’s no same-sex attraction. If sex isn’t real, the lived reality of women globally is erased. I know and love trans people, but erasing the concept of sex removes the ability of many to meaningfully discuss their lives. It isn ’t hate to speak the truth.” Further, she added, “The idea that women like me, who’ve been empathetic to trans people for decades, feeling kinship because they’re vulnerable in the same way as women — ie, to male violence – ‘hate’ trans people because they think sex is real and has lived consequences — is a nonsense.