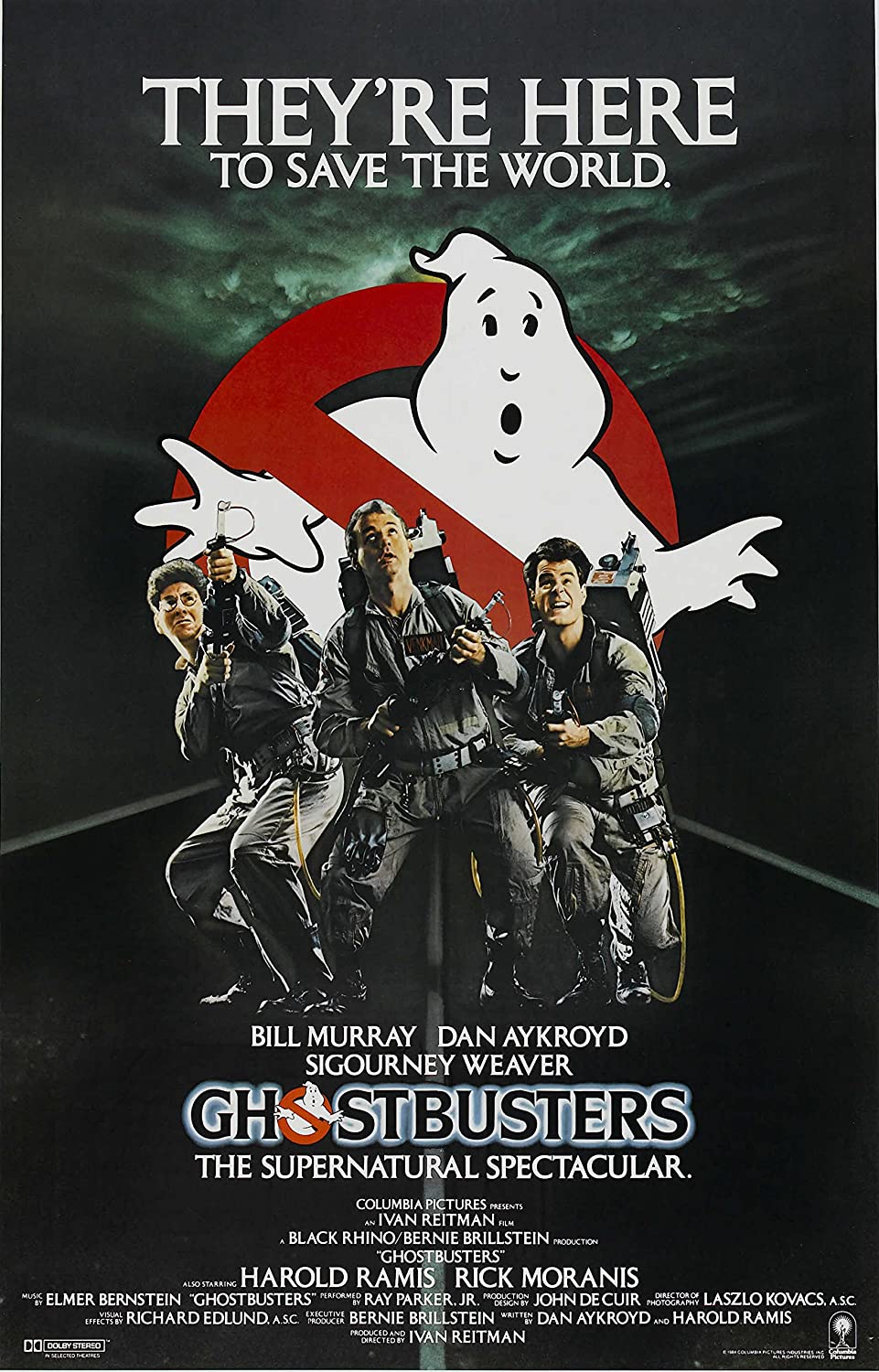 What can I say about this legendary franchise? ‘Ghostbusters’ to a 90s kid was what  ‘Stranger things’ is now to this generation of teens. Ghostbusters had a classic theme song, which was so catchy; we are pretty sure that the aliens have heard it. The Franchise is a series of movies and video games that have made its place in the global pop culture. Critics call it a money-making pit. I mean, you could add the Ghostbusters name to absolutely anything, and it would sell.

Let’s not jump into any conclusions here, and we need to know the chronological order of the movies to figure out who the Grandfather is. The original Ghostbusters starring Bill Murray, Dan Aykroyd, Harold Ramis, and Rick Moranis, came out in 1984. Our protagonists worked as parapsychologists, and they get fired from Columbia University, and then they came up with an idea, which is investigating supernatural events and catching ghosts.

So this was the first and the most successful Ghost Busters movie irrespective of what others would say. The sequel came out in 1989, which resumed five years after the events of the first movie. Well, it made a lot of money but didn’t make it as big as the first one. The 2016 Ghostbusters was a reboot which took place in an alternate universe and so it isn’t relevant in this discussion.

Who is the Grandfather?

2021 movie serves as a sequel to the first two movies,  Jason Reitman has directed it, son of the original Ghostbusters Director Ivan Reitman.  Trevor is the protagonist played by Finn Wolfhard. He’s the new kid in town, moved to Oklahoma after his Grandfather’s death. Now we saw the trailer and tried to figure out who the Grandfather could be. So in the trailer, the kids stumble upon some crazy gadgets, and then there’s a scene where On a tabletop are various sealed Petri dishes with labels like microconidia, aspergillus fumigatus, fusarium, that was supposed to be our biggest hint. Remember which one of the Ghostbusters was into collecting spores, molds, and fungus. It was Egon Spengler. He’s our best bet for now.

Will Bill Murray In Ghostbusters Afterlife?

So every fan has asked this question. All we can say is that in his recent interview Bill Murray has said that he loved the script, and he has been seen on the afterlife set a couple of times so we can just hope that he makes a cameo.

The 1959 Cadillac-based Ecto-1 ambulance has a separate fanbase. Of course, all the fans would want to know what happened to our beloved Ecto-1; it was all set, waiting for the kids to discover. They went old-school in the car, and if you ask me, it was a pretty good decision. It’s not all old-school though the Ecto-1 now has a gunner seat, which is all that a person could ask for.