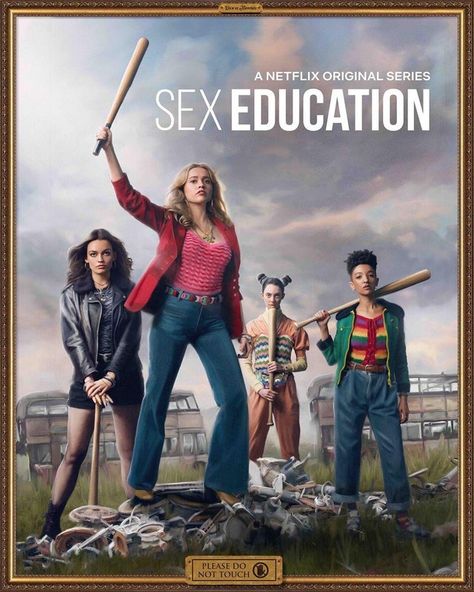 Sex Education is a British Comedy-Drama web series on Netflix. Laurie Nunn created it. As the name suggests, the series revolves around a group of teenagers and their experiences of sex, friendships, and relationships. Otis Milburn is an insecure teenager, whose mother is a sex therapist. He is quite uncertain about sex though most of the teenagers in his batch engage in the act regularly. His mother makes things awkward for him by talking openly about all aspects of sexuality. The plot progresses as he and his fellow batchmate Maeve Wiley set up a sex advice business in school for the other students.

The first season premiered on 11th January 2019 and the second on 17th January 2020. The series received commercial and critical appreciation for having a fun-filled ride juxtaposed with an emotional narrative.

Will there be a Season 3 of Sex Education?

Netflix has confirmed that there will be a Season 3 of the series. Before the announcement, the show’s creator Laurie Nunn revealed that she had already started working on the script. Ncuti Gatwa, who plays the character Eric had also hinted at Season 3 because there was a lot of unfinished business in the Season 2 finale. The creators were expecting a January 2021 release but the Covid-19 Pandemic might have stalled it.

Familiar faces from the previous seasons had popped up in the announcement video. The following are expected to return:

Season 2 ending and Season 3 plot: Will Otis and Maeve end up together? (Spoilers For Season 2, read at your own risk)

Season 2 did not end on a good note. Ola parted with Otis and moved on with Lily. Otis left a voicemail on Maeve’s phone finally confessing his feelings.

But Isaac who is also attracted to Maeve finds the mail and deletes it. Ughhh!

Maeve realizes that her mother has started doing drugs again and reports her to social services. She apologizes to her for doing so but it leaves them on bad terms. Viewers understand that she did it for the sake of her sister’s welfare. Eric chooses Adam over Rahim. Jackson starts taking care of his mental health by ditching the pool and his strict routine. Jean gets pregnant with Jakob’s baby.

There is no official confirmation about the plot of Season 3 yet but it will likely kick-off where Season 2 ended. Otis and Maeve may continue to have a misunderstanding because of Isaac’s actions. But we might see him build up the courage to ask her what is going on. All the best to them!