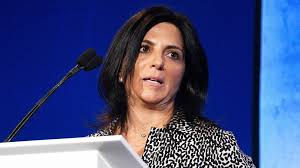 Racism is a concept that has been brought up quite a lot of times in the past few months. After the George Floyd police brutality case went viral among the public, activists have started protesting. In these difficult times, it is the media that has to provide the right news to the public.

Now, what happens when the media executives themselves become racists. Barbara Fedida who is one of the first tier executives of ABC News was recently put on administrative leave after she was reported to have used racist language while talking about her African American colleague. Robin Roberts one of the most loved Co-hosts on ABCs Good morning America was the victim of these racist comments.

What Is Barbara Fedida’s Real Occupation?

So Barbara Fedida is the senior vice president of talent, editorial strategy, and business development of ABC news. Now that’s too high a position to say something and get away with it, at least that’s what Barbara thought. But there are times when some people take a stand. Recently a Huffpost report written by Yashar Ali said and I quote “To Say That She’s An Abusive Figure Is An Understatement”. Now if the boss is this toxic, just guess how the work environment must have been.

What Did Barbara Fedida Say About Robin Roberts?

Robin Roberts has been on the network for a long time and all she had asked was for a raise. To which Fedida said that she was getting enough. Then she asked what more Robin could want and said it wasn’t as if the network was asking Roberts to “pick cotton,”. This was confirmed by three sources one of them was in the room when this statement was made. This was not Fedida’s first offense but the ex-employees of ABC news have confirmed that they left because of the toxic environment that she had created. Some sources have said that the network has spent millions on confidential settlements with former talent and staff. She has finally been put on administrative leave and let’s just wish that the right verdict comes out.