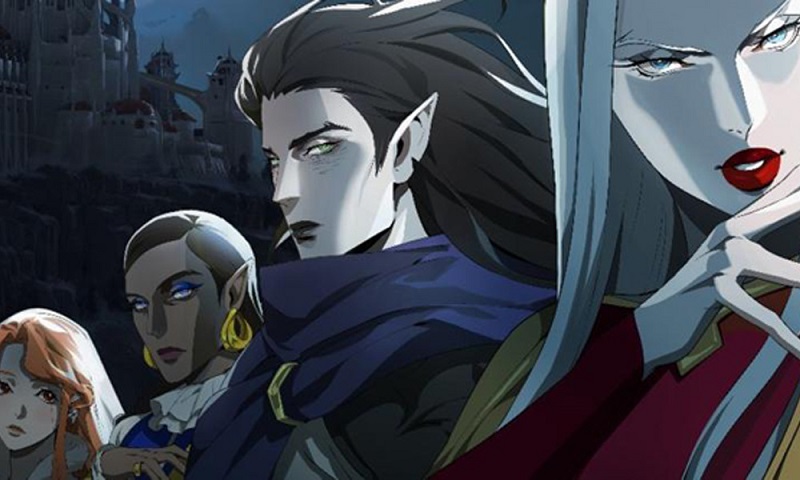 Castlevania is an anime series streaming on Netflix which focuses its story from the popular video game which goes by the same name. It focuses on the journey of Trevor Belmont, the last surviving member of the Belmont Clan. He is on his mission to save Eastern Europe from extinction at the hands of Vlad Dracula Tepes.

Castlevania Season 4 Is Dracula a Belmont?

Since after the release of the 3rd instalment of this anime series, the season 4 has been a talking point between its fans. Notably, the last season was dropped on March 2020.

Talking about is Dracula a Belmont? Gabriel Belmont later was known as Dracula and Dracul is a knight from the 11th century and the main character from the Castlevania: Lords of Shadow Saga.

He was a member of the Brotherhood of Light, a prestigious group of holy knights who protected the weaker and the innocents from the supernatural threats. After they defeated the ultimate evil, after defeating the most potent evil and losing everyone he loved, he gained immense powers from an ancient demon. After that, he became the most powerful Vampire in history, known as Dracula.

Since Dracula was a Demon, God and Lisa was a witch that served Satan. They had some kind of special bond between them.

Lisa was Dracula’s pathway to the outside human world. She served as both the best mankind could achieve as the part of humanity Dracula he lacked, but he still had a dilemma.

Dracula couldn’t turn her because doing so would tarnish the one good thing he saw in humanity but also Dracula feared if God does exist he would never condemn Lisa’s soul, he wished that when she died, she would probably go to heaven while he would go to hell.

The one more reason he didn’t was that sweet Dhampir kid.

We can say that the makers of the Castlevania like to test the patience of its fans. After the first two seasons, fans had to wait for about 16 months for the show to come back with the 3rd season. Following this trait, I think we have to wait till the mid of 2021 or more than two or months than that for the next season.

The casting of The Castlevania Season 4 includes Richard Armitage, James Callis, Alejandre Reynoso, Theo James, along with others.

WHAT CAN BE THE POSSIBLE STORYLINE

It can be speculated that it may take over from where the season 3 left. Season 3 has left several doors open for the season for.

There are a lot of questions which can be only answered when the makers will provide us with some information.