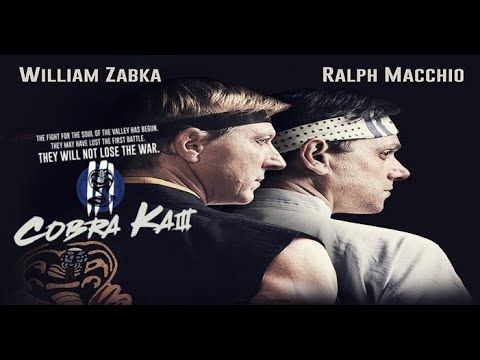 Cobra Kai is set to return for a third season, here’s the latest we know on the youtube hit series.

The continuation of Karate Kid’s story depicted the rivalry between Johnny Lawrence and Daniel LaRusso. In Cobra Kai season 2, Daniel starts his own Miyagi-Do, to stop Cobra Kai from taking up the San Fernando Valley.

The first season was a surprise; it exceeded expectations and targeted the leftovers of the Karate Kid. It also had new characters like Miguel, Johhny’s student, and Samantha, who is Daniel’s daughter. Johnny’s son Robby becomes Daniel’s student and starts dating Samantha, which forms a triangle between them and Miguel, who had also previously dated Sam. Miguel wins the All-Valley Championship, but Johhn’ys former sensei John Kreese returns to his life.

The second season ends with a disastrous striker on both dojos, completely hampering the career of Johnny as a sensei, while Daniel’s reputation was also completely tarnished.

The third season will further put light to the matter on the reason and consequences behind this tragedy.

It was supposed to be released in early 2020, but it’s moving to a new streaming platform, and there’s no clarity about when it’ll be landing on the screens. It is no longer a youtube show, and there’s a tug of war between Netflix and Hulu for the rights.

The season has already been shot and completed with the post-production editing. Hence the pandemic cannot be the reason behind the ongoing delay.

There’s no new information about the fourth season as the third season is yet to air. Though it is hard to imagine that a plan for another edition will not already be in place, hence we can expect another season.

Tommy was diagnosed with cancer in the pre cobra kai era and is terminally ill.