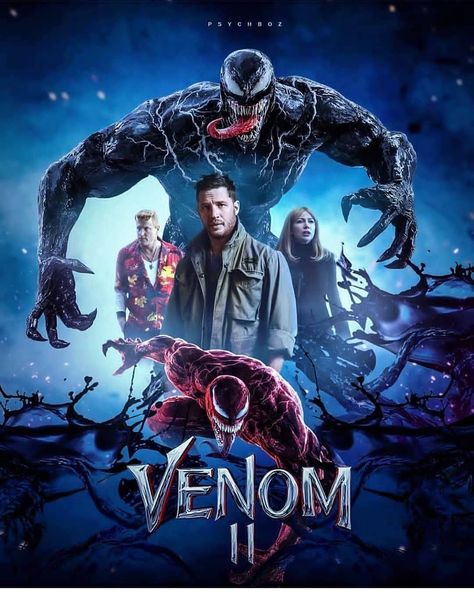 Venom 2 is an upcoming superhero film based on Marvel character Venom. It is the sequel to the 2018 film Venom and the third film in the Sony Pictures Universe Of Marvel Characters. Columbia Pictures is producing it in association with Marvel. Sony Pictures Releasing is distributing it.

What is the Cast of Venom 2?

Andy Serkis is directing the film with a screenplay by Kelly Marcel. Tom Hardy as Eddie Brock/Venom along with Woody Harrelson, Michelle Williams, Reid Scott, and Naomie Harris will be starring in the film.

Release Date: Has it been postponed?

The film was supposed to have an October release in 2020, but then came You Know What and postponed it. It is now scheduled to be released in the United States on June 25th, 2021.

Does it have a new title?

It has officially been confirmed that the title of the sequel to the original film is Venom: Let There Be Carnage. The antagonist Carnage was supposed to be introduced in the first film itself. But creators decided otherwise, to focus on introducing Venom.

Will Tom Holland star in Venom 2? Will there be a massive Plot Twist?

Fans noticed that according to Google’s search engine Tom Holland will appear in Venom 2. But none of the crew members confirmed it. It seems that even though Holland is linked to several Sony projects, Venom 2 is not one of them. But we will see him in the upcoming untitled Spiderman flick which is also slated to release in 2021, along with another project Uncharted.

While this entire speculation about Holland’s appearance remains unconfirmed, there might be some hints here and there. It is not new to fans that Sony tends to link Spidey to most of their projects. The most recent example includes the Easter eggs which tell us that Spidey will be linked to the storyline of Morbius. Also, the trailer of  Morbius has hinted that it might have linked itself to the plot of Venom. And Spiderman seems to be a strong candidate when it comes to combatting the two. If Morbius and  Venom exist in the universe, then Holland’s appearance as Spiderman can be justified. But Sony is keeping quiet about it. Most fans believe that Spiderman’s cameo in the film or a post-credits scene might be the massive plot twist that will change everything. But all we can do now is wait.