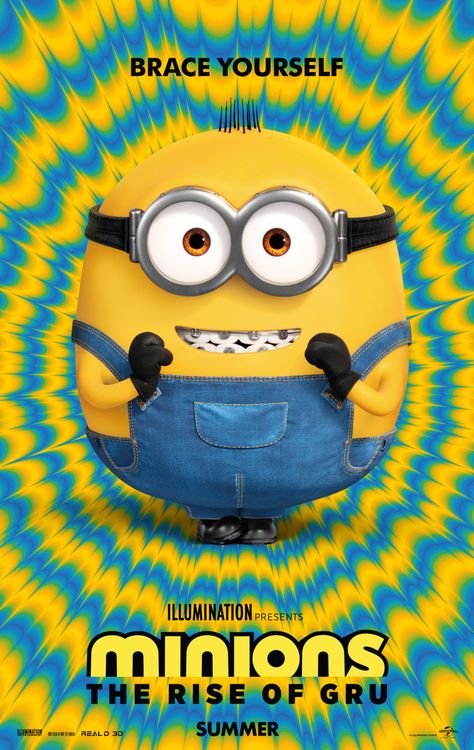 Last month, Minions: The Rise of Gru postponed its global release scheduled for July 2, 2021. It is the latest in the list of movies hit by coronavirus pandemic as the studio in Paris belonging to Illumination has been temporarily shut down.

Prequel to Despicable Me?

Minions is a prequel to the two parts of Despicable Me, but the focus mainly lies on the Minions rather than on Gru. The movie is set in the 60s and revolves around three Minions who try and search for an evil boss to become a dictator to their species. It lands them at a villain convention in Florida and ultimately in the world.

Minions are small yellow species and look like dressed candies and are about three feet tall. They’re selfish and easily distracted and have a desire to follow an evil boss. They speak in a gibberish language that only they understand and do not keep very long relations with other minions.

In Despicable Me, the Minions are generated from a “single mutated strand of DNA” and it is believed that Gru was behind the creation of these species. In one of the credits of movies, we see the minions swimming and arriving naked at a coast, which means that they might have come from the sea, like the majority of the species we see today.

Gru even has a gun that can convert humans into minions.

The minions cannot die of age, the same minions have served dinosaurs, Greeks and Egyptian kings and vampires as well. They do not rule over themselves. However, when one of the Minions is injured in an explosion, we see that all the minions are teary and sad about it, that tells us that Minions are primarily immortal and do not age but can die due to life-threatening injuries, and the minions have always been aware of that.