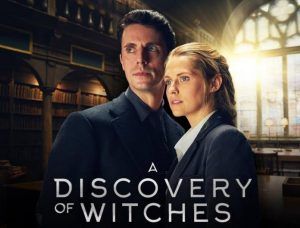 A Discovery of Witches.

A Discovery of Witches seasons two and three are in the works. The later seasons were confirmed after the show’s first chapter, based on Deborah Harkness’s All Souls literary trilogy, became Sky One’s most popular drama of 2018.

It pulled in a respectable two million viewers and was subsequently renewed. With the next two installments following the second and third books, Shadow of Night and The Book of Life coming to life, it’s a delight for the fans.

Will There Be a Season 2 Of Witches? And All Official announcements.

Yes, as we said above season 2 is in works. This season will be based on the second book of the series “Shadow of Night”.

At the end of December 2019, the show’s official Twitter account revealed that UK production was completed, with filming in Italy set to begin: “Final day of the UK filming for season 2 today! We can’t wait for you to experience the magic onscreen in 2020!”

One week later, on January 7, 2020, the same account then announced that only two weeks of shooting were left to film: “Here we go again. Last two weeks filming on #ADiscoveryOfWitches then it’s all in the can!!”

According to Sky, the series will return in 2020, but there’s no word on exactly when we can expect it. And taking into consideration the current situations, it is most likely to be delayed.

Diana Bishop (Hacksaw Ridge’s Teresa Palmer) and Matthew Clairmont (Downton Abbey and The Good Wife’s Matthew Goode) will once again feature as the show’s protagonists. Goode was asked what he loved best about his character earlier this year by Entertainment Weekly. He said: “I love his soul and the fact that he suffers from a condition that he has to repress massively otherwise he will spiral out of control.”There’s a lot of sadness in his life and yet he’s striving to save creatures, which are waning and losing their powers. I just love him.” He also spoke about the bond between Matthew and Diana.
The love in the cast for each other makes this show so special and we know you can’t wait to see them on the screen again because neither can we. We will keep you updated with any more announcements to come.