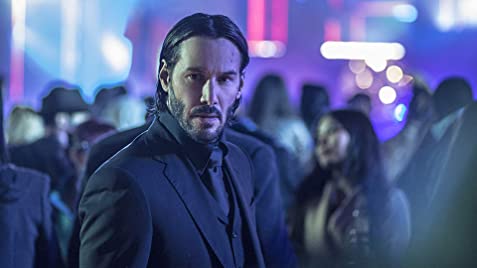 Created by producer Basil Iwanyk, screenwriter Derek Kolstad, John Wick debuted on the big screen in 2014. John wick is an American action thriller franchise offering the perfect blend of action, thrill, and drama. Since its release, it has become one of the most acclaimed and popular film franchises.

John Wick is a retired hitman living comfortably in a house with his dog and wife’s memories. He has wholly locked up his past and thrown it away for good. However, a series of unfortunate events drag John right back into the very world he has retired from. John returns to his old ways to extract those who have forced him to come out of retirement.

With an IMDb rating of 7.4/10 and the Tomatometer at 87%, the series has been a smash hit. And after John Wick 3, the fans are desperately waiting for the next instalment in the series.

John Wick Chapter 4 is scheduled to release around May 2021. However, the outbreak of the coronavirus has disrupted the Entertainment industry. Significant productions have been halted, including the one of John Wick Chapter 4. Therefore, there is a chance that the film might be postponed to the end of 2021 or at the start of 2022. We will keep you updated when we received an official announcement from the officials.

John Wick has been stealing hearts with its action sequences and highly effective and brutal combat. Throughout the three parts, it has ceased to amaze the audience with nail-biting finishes and action sequences.

John Wick Chapter 3 saw John on the run after being declared as excommunicate with a massive bounty on him. He sets out to save himself from bounty hunters and a string of ruthless criminals. The film ended with Winston shooting John due to which he falls off from the terrace. However, his body is not discovered. It was later revealed that Bowery came to John’s rescue, and John is still alive. Therefore, the next part will feature Bowery and John teaming up to take down the High Table. Simultaneously, John will confront Winston for his sudden and shocking change of heart.

With no significant exits in the previous instalment, a majority of the cast is set to reprise their roles. However, no official cast details have been confirmed yet. This is how the expected cast stands: