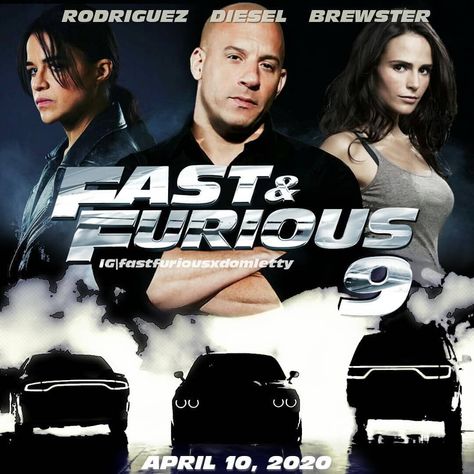 Fast and Furious is a series of action film that highly involves cars and concerned with illegal street racing, heist, and spies. Fast and Furious became so popular and hit through the past few years with an action-packed mind-blowing plot. The series is distributed by Universal Pictures and Directed by Justin Lin. There are 14 movies right now under Fast and Furious series in which some are including the characters who were seen or will see in upcoming movies of Fast and Furious.

Is Fast and Furious 10 The Last One?

What Is The Plot Of Fast and Furious 9?

If you watched the trailer of Fast and Furious 9 then you may have the idea of its plot. This time Dom has to stand against his one family member who is introduced in the 9th movie. He’s his Forsaken younger brother named Jacob. Who always tried to get better than his older brother in everything whether it’s car racing, fighting, and heists even.

We watched in the trailer that Dom’s brother is working with his old Enemy Cipher who is a cyber-terrorist and also the one who killed his son’s mother. Dom wants to take revenge on his son’s mother’s murder. But here’s a little problem with that, she has his brother this time working for him. We will see if brothers reunite again after so many odds or kill one another to prove themselves the best one. Between the fight of 2 brothers Cipher definitely will make a profit.

Also, we saw Dom’s former member ‘Hen’ who was reported dead in Fast and Furious 7. So we will get to know who tried to kill him. Will Hen get served justice for this and not.

Who Is Dominic Toretto’s Forsaken Brother?

Jacob is the Dominic Toretto’s Forsaken brother who will be portrayed by none other than John Cena(WWE Superstar). He’s a deadly assassin and mind-blowing car driver. Who does know about so many weapons and easily can fire one? He always tried to be the best than Dominic his whole life and this time he came to prove it.

Who Is Replacing Paul Walker?

In the trailer, we saw Dominic’s sister who’s appearing after a gap of a movie. So if she’s back then her husband and Dominic’s dear friend Brian O’Connor will come, fortunately. But we didn’t saw him in the trailer.

And the lead actor Vin Diesel recently uploaded a picture of him and Paul Walker’s younger brother Cody Walker with the Caption “There is something special that happens every time Cody comes to visit production…Always making Pablo(Paul Walker) proud! All love, always”.

When Paul Walker died in a tragic car accident in November 2013 at the age of 40. The Fast and Furious 7 was under production at that time Paul Walker’s Brothers Cody Walker and Caleb Walker helped to finish the movie with a stand-in for Paul Walker’s Scenes. So there are might high chances that we can see Brian O’Connor in the movie once again with the help of his brother Cody Walker.