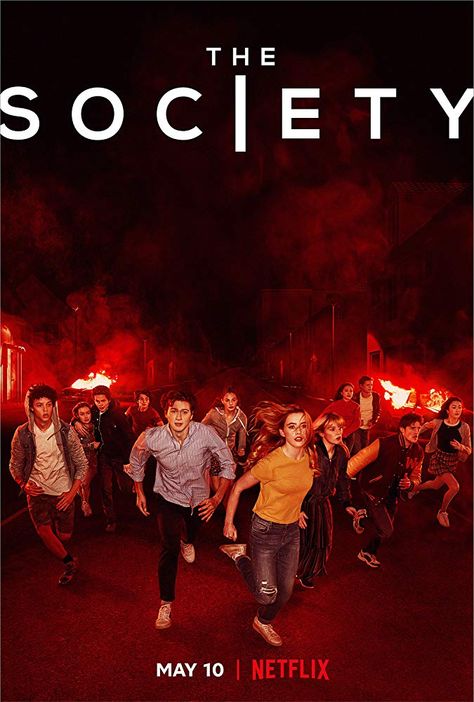 ‘The Society’ is not a normal society, It literally is a society. This spooky story was created by Christopher Keyser. Imagine what would happen if you just came back from school and all your parents, oh wait not just parents, every adult around is gone for good. As a kid, initially, you would have a lot of fun but whats next. Did I mention that there’s a dense forest surrounding your town with no way to contact the outside world? Or maybe you and the other kids are all the people who exist now with no adults to tell you what to do. Well, that’s how this spooky mystery goes.

If you haven’t watched it yet, please do. Kathryn Newton is the protagonist in the show and the first season is on Netflix now. The next sentence is going to contain some pretty huge spoilers about the show. You have been warned and let’s go ahead with the story.

Release Date, Cast, Plot And What Can We Expect?

So in the finale, we figured out that the weird group of teens was trapped in an alternate dimension and their families were still in the right one, living their normal lives. We know where they are but we still don’t know how they got there and how would they come back. The Hollywood Reporter and Variety have confirmed the renewal of the show. The cast has made an official announcement when they said

“To the citizens of New Ham, we have some big news, really big, like bigger than the time that Gordie figured we’re in a parallel universe. Are you ready? We’re making season two of The Society. Do you know what this means? More pie. More fugitive. More memes. More answers. About Charlie. And Becca’s baby daddy. And Grizz’s hair. It will be worth the wait.” Last time they said that they’re expecting season 2 to go out in late 2020 and the cast will return with a whole new mystery to solve.

Did Campbell Kill The Dog In The Society?

Now that’s a difficult question but let’s see the facts, there was no dead body so there is a theory that maybe the dog returned to the correct reality. Maybe the dog could be a sign. Campbell might not be a psychopath after all.

Significance Of The Coin-Flipping Explained

Its sort of like inception, remember the totem, it was supposed to let the protagonist know if he is in reality or not. Similarly, the coin giving the same result was a sign of them not being in their original reality.