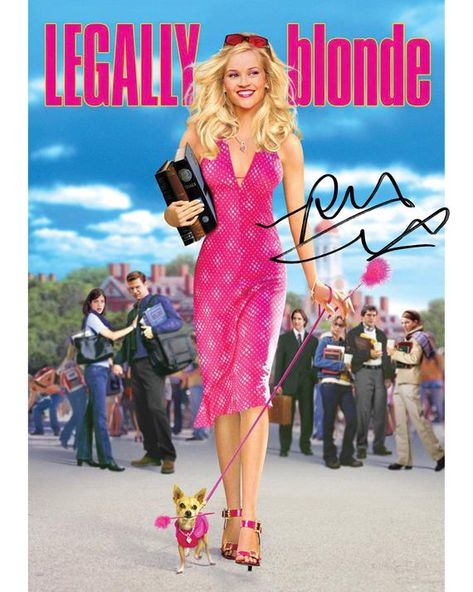 “Warner: You got into Harvard Law?Elle: What? Like, it’s hard?”

Try not to deny it: Legally Blonde and Legally Blonde 2: Red, White, and Blonde commanded the mid-2000s. At the point when the first Legally Blonde film was released in quite a while, immediately went gaga for Reese Witherspoon as Elle Woods—it made over $141 million in film industry deals around the world, in the long run provoking the second film in the arrangement.

Since Legally Blonde is regularly hailed as one of the best and most entertaining noughties comedies, it’s no big surprise that fans have sat tight anxiously for updates on a new movie. Fortunately, we as a whole got our desire. The establishment is scheduled to come back to the big screen with a third film, after 17 years after Legally Blonde 2 hit theaters.

The original producers are back.

Original producers Marc Platt and Adam Siegel will work on the film. Witherspoon is also set to produce the film with her production company Hello Sunshine. There is currently no word on who will be directing the film.

Original producers Marc Platt and Adam Siegel will work on the film. Witherspoon is also set to produce the film with her production company Hello Sunshine. There is currently no word on who will be directing the film.

In October 2019, when Witherspoon was asked for a status update on the third movie, she responded, “It’s just a development project right now, so we’ll see.” But she did tease to ET that a few actors from the first two films could be slated for a return.

“I love Jennifer Coolidge and Luke Wilson and Selma Blair and so there are so many great characters that people love,” Witherspoon said. “If we end up doing it, hopefully, they end up all being there.”

It’s unclear when the movie will hit theaters, though IMDB previously stated pre-production was expected to start in May 2020. With the addition of new writers and the coronavirus pandemic delaying nearly every production, that date will likely move back.

The third movie will be “full of awesome feminist ideas.”

During an interview for The Hollywood Reporter, Witherspoon was asked to fill in the blank: “Legally Blonde 3 will be…” She said the new movie will be, “So much fun. So full of fashion. So full of awesome feminist ideas. It will be global. It will have animals. It will have returning cast members. We just need to film it first. But that’s my hope and dream for Legally Blonde 3.” And as for Elle’s bestie Paulette? Witherspoon confirmed, “It will be the return of Jennifer Coolidge, which is the greatest.”