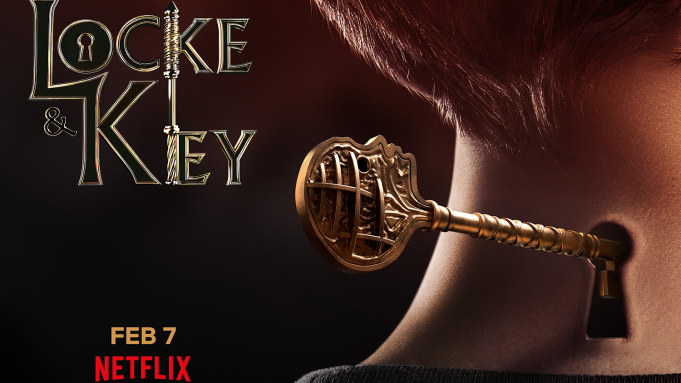 Since its launch, Netflix has thoroughly explored the horror and supernatural genre. It has brought us shows such as Dark, Stranger Things, and The Haunting Of Hill House. Created by Carlton Cuse, Meredith Averill, and Aron Eli Coleite, Locke And Key debuted on Netflix in February 2020. The American supernatural drama is based on the comic book series by the same name written by Joe Hill and Gabriel Rodríguez.

Locke and Key tell the story of three siblings who move into their old house following their father’s mysterious death. However, they soon start experiencing supernatural forces in an around the house. The three siblings later discover magical keys that have the power to bend reality. But it isn’t just the kids who are after those keys.

With an IMDb rating of 7.4/10 and the Tomatometer at 66%, the show has been a success so far. And after the first season, the fans are desperately waiting for season.

Therefore, let us dig into the details regarding the release date, cast, and plot for the second season.

The first season ended premiered in February 2020. Owing to its vast popularity and decent ratings, Netflix was quick to renew the show for season 2. However, there has been NO official announcement regarding the release date of season 2. As Netflix tends to operate in yearly cycles, Season 2 is expected to release early 2021. But the outbreak of the coronavirus has halted every primary Netflix production. Therefore, it is possible that
Locke and Key Season 2 may be postponed to the summer of 2021.

Locke and Key is the story of the Locke Family. Ainsley, Bode, and Tyler are three siblings who move into their ancestral home Keyhouse after their father’s mysterious death. But they later start experiencing a supernatural presence inside and around the house. They discover reality-bending magical keys which may have some relation to their father’s mysterious death.

Throughout the first season, the Locke family has been battling demons. Dodge obtained the Crown Of Shadows and attacked the Keyhouse in season 1. Using the Identity Key, Dodge tricked the kids into throwing Ellie through the omega drop. Therefore, season 2 will focus majorly on getting Ellie back from the void. There are still many keys hidden in the house which can be revealed in season 2. Dodge has disguised herself as Gabe. Kinsey has started dating Gabe, unaware that Gabe is Dodge in disguise. Though Kinsey has all the keys in her possession, its just a matter before Gabe a.k.a Dodge tricks her again.  Moreover, there is another person who has been affected by the demonic bullets, and that is Eden.

With no significant exits in the previous season, a majority of the cast is expected to reprise their roles in Season 2. This is how the cast stands: