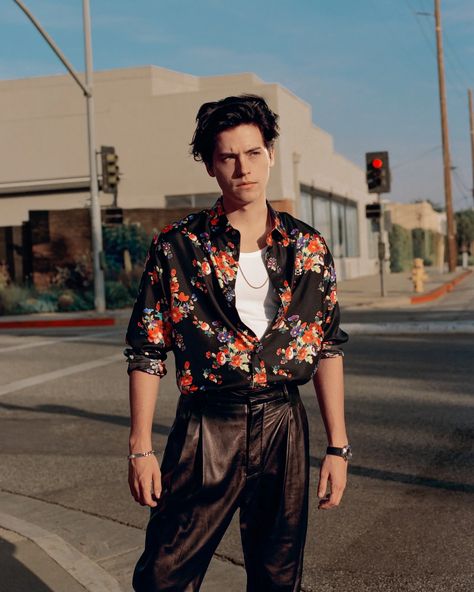 Cole Sprouse, have you heard this name before. Does ‘Sweet Life of Zack and Cody’ ring a bell. Yeah, this child actor who won our hearts in the Disney Sitcom has now grown up and become a more serious actor. He is now known for his crime and suspense tv show Riverdale.

The show is loosely inspired by The Archies comics and Cole plays Jughead Jones in it.  This Jughead Jones isn’t the goofy munch machine-like in the comics. The tv show Jughead is hungry but for conspiracy and mystery. He plays a crime writer teen journalist who is also the narrator of the show.

Did Cole Sprouse And Lili Reinhart Actually Split Up?

So Lili Reinhart is Betty from Riverdale, Jugheads love interest in the show, and also Cole’s real-life love interest. Coincidence, maybe. They have come to a rocky part of their life and are on a break. They had to stop the shoot for Riverdale and they weren’t able to quarantine together so the distance made them aware that it wasn’t working, not that they won’t be getting back together, we haven’t seen the end of Betty and Jughead yet.

Who Is Cole Quarantined With?

So you might think, how did he move on so fast that he’s quarantining with someone else already. Ok so just hold your horses and don’t reach any conclusions yet. We are here to answer your questions.

So recently during a virtual interview, Cole said that he was bunking with his co-star Kj Apa. Are you happy now, here you go, he talked about the show’s future and how the pandemic has affected it.

Has Cole Sprouse Been Arrested?

On 2nd June Cole was a part of a peaceful protest for the Black Lives Matter campaign. He was detained by the cops along with many other protestors. To which, later on, he said that the media shouldn’t divert from the real agenda here and should focus on the black lives matter campaign rather than covering the news of him being arrested. This guy should have been a writer.