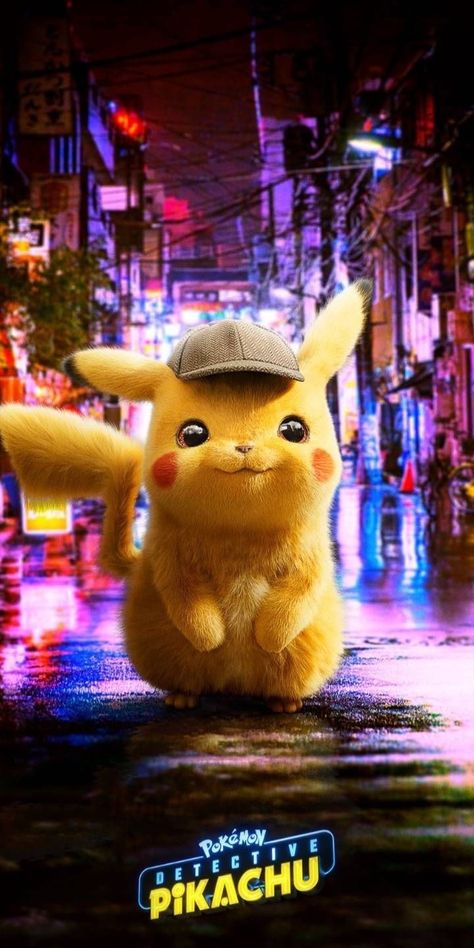 2019’s action-comedy romp Pokémon: Detective Pikachu, a loose adaptation of the Nintendo 3DS game of the same name, was a smash hit. It was a bit of a risky prospect to bring the Pokémon franchise into the world of live-action, but thanks to excellent CGI work, deft direction from Rob Letterman, and a spot-on voice turn from the always dependable Ryan Reynolds, the flick worked marvelously.

It also made a freaking ton of money, so of course, Detective Pikachu 2 was all but inevitable. It’s been reported that studio Legendary is currently kicking around ideas for an entire slate of live-action Pokémon flicks, and it’s likely that many — if not all — of these will be centered on characters we were introduced to in Detective Pikachu. But before Legendary goes nuts with the spin-offs, the studio will follow up on its proven property with Detective Pikachu 2 — despite the fact that Detective Pikachu didn’t exactly leave the door wide open for a direct sequel and left us with many questions.

Will Reynolds and co-star Justice Smith, who played Pikachu’s partner and former Pokémon trainer, Tim Goodman, return for the second film? If so, does this mean that the ending of the first movie will somehow be reversed? What role, if any, will the giant, creepy Mewtwo play in the proceedings? So far, we don’t have a lot of details — but let’s break down everything we do know about Detective Pikachu 2, and also engage in a little speculation. Spoilers for Detective Pikachu follow.

No formal release date has been announced for Detective Pikachu 2, but as of September 2019, the flick is in the early stages of development.

According to a report by ComicBook.com, the Pokémon Company — which granted Legendary permission for all of the characters used in Detective Pikachu — wasn’t always so keen on the studio fielding a live-action Pokémon universe. As the production of Detective Pikachu progressed, however, the company’s brass liked what they saw. And after the flick scored over $430 million dollars at the worldwide box office, Legendary essentially got the green light to move full speed ahead on the “Pokéverse,” as we’re going to call it until someone tells us to stop.

It’s been rumored that Legendary is developing a spin-off focused on Mewtwo and that the studio is also kicking around the idea of adapting the storylines of the iconic video games Pokemon Red and Pokemon Blue for the big screen. But Detective Pikachu 2 is the priority, so at the very least, we know that we’ll be seeing the sequel before any spin-offs come to fruition. When might that be? Well, between announcement and release, it took Detective Pikachu about three years to reach screens. However, with writer Oren Uziel (Men in Black: International) already hard at work on the sequel, we’re going to optimistically guess that we could see Detective Pikachu 2 in late 2021 or early 2022.

So far, it hasn’t been announced whether any of the first film’s cast will return for Detective Pikachu 2. We submit that the sequel would risk diminishing box office returns without the involvement of Reynolds, so it seems almost certain that he’ll be back, but it’ll likely be in a different capacity from the first film — and here’s where those spoilers come into play.

Detective Pikachu centered on the efforts of Tim Goodman to find his missing father, Ryme City detective Harry Goodman, with the aid of Harry’s Pokémon, Pikachu. Somehow, Tim can understand what Pikachu is saying (everyone else just hears that adorable “Pika, pika!”), and at the film’s conclusion, it becomes clear why. Harry had stumbled upon a plot by Ryme City luminary Howard Clifford to attempt to prompt “evolution” by merging humans with their Pokémon. Clifford fuses himself with Mewtwo to carry out his plan, but he’s defeated in battle by Pikachu. It’s revealed that Tim’s father isn’t missing at all — he had been fused with Pikachu, which explains why Tim can understand him.

Mewtwo then “un-fuses” Harry from his Pokémon, and at the end of the movie, father, son, and Pikachu are ready for new adventures. However, you may see an issue here with who could be in the Detective Pikachu 2 cast, as “Detective Pikachu” no longer actually exists. Will Harry somehow become “fused” with his Pokémon again? Will it be Tim’s turn this time? None of the above? Only time will tell.

What’s the plot of Detective Pikachu 2?

You may have gathered by now that plot details for Detective Pikachu 2 are being kept under wraps. Since the flick is in development as a direct sequel and not a spin-off, we feel safe in stating that it’ll almost certainly follow the continuing adventures of Tim, Harry, and Pikachu as they tackle another mystery — or perhaps multiple mysteries — on the streets of Ryme City.

One thing we’re going to want to keep an eye on, however, is the Detective Pikachu 2 video game that’s in development for the Nintendo Switch. The first game featured a plot that was quite similar to movies, but there was one major difference: Harry’s disappearance was never explained, and at the end of the game, the mystery was left open. Detective Pikachu the film solved that mystery, but it’s been reported that the new game will feature a different ending to Harry and Tim’s story. It seems pretty likely that the game’s plot could clue us in (no pun intended) as to what we can expect from the film version of Detective Pikachu 2.

Unfortunately, no release date has been announced for the game, either — but if it hits shelves before the sequel opens in theaters, you’d better believe we’ll be dissecting all of its narrative elements to puzzle out just where the Detective Pikachu 2 movie could go.