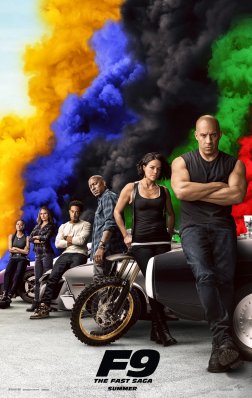 Fast & Furious 9 or F9 is an upcoming action film. It is the sequel to The Fate Of The Furious released in 2017. It is also the ninth installment in the Fast & Furious Franchise and the tenth full-length film released overall. Justin Lin has directed it, and Daniel Casey wrote it. The film was supposed to release in the States on May 22, 2020. But due to the Covid-19 Pandemic, it got postponed by a year to April 2. 2021.

Lucas Black will reprise his role as Sean Boswell. Bow Wow and Jason Tobin will come back as Twinkle and Earl Hu from 2006’s The Fast And The Furious: Tokyo Drift. Cardi B plays Leysa, a woman who has a history with Dom.

The plot is the sequel to the events of The Fate Of The  Furious released in 2017. Dominic and his family will have to face Dominic’s younger brother Jakob who holds a personal vendetta against him. He is a deadly assassin and is working with an old enemy, Cipher. The official trailer of the film was released on January 31, 2020.

The trailer of the film is an absolute treat for Vin Diesel and John Cena fans. The beginning of the trailer features an emotional scene between Vin and his child, which tends to have a pacifying effect on viewers. This indicates that despite being an action-packed film with thrills and twist, it will have an emotionally charged up storyline.

This film is being considered as John Cena’s ticket to the Hollywood superstardom. Though he has earlier done roles in quite a few popular movies, the stylish master-thief character that he plays in this film will elevate him as an actor. He will surely be the X Factor in the film.

Will there be more films in the future?

Earlier, a sequel intended to be the final installment of the film was set for release on April 2, 2021. But since this film’s release was delayed to that date, the sequel has been indefinitely scheduled to release on a later date.